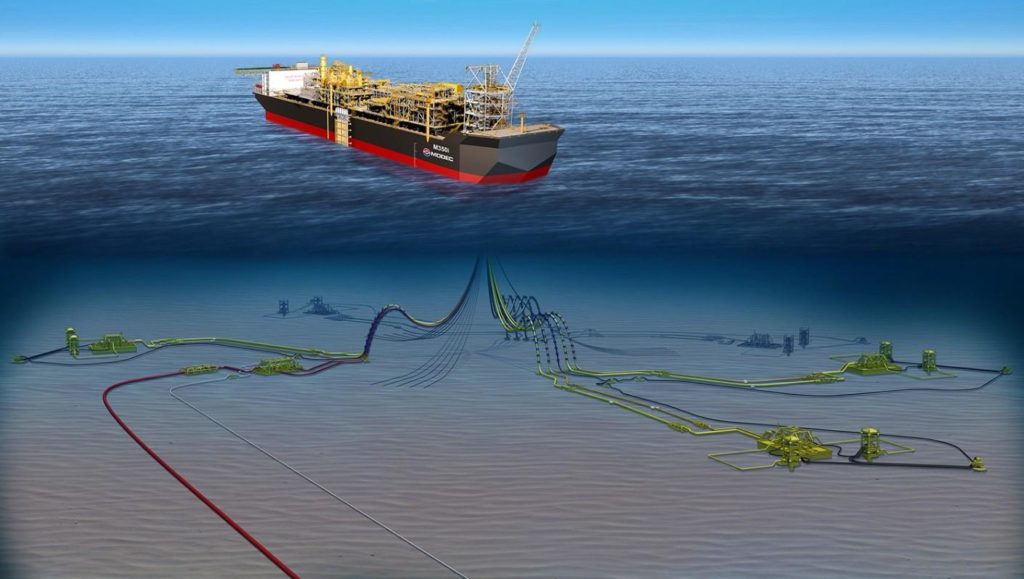 MODEC
Rendering of the Barossa FPSO

MODEC signed a contract with ConocoPhillips Australia Barossa Pty Ltd to supply a floating production storage and offloading (FPSO) vessel for the Barossa field, offshore Australia. The Barossa FPSO is intended to produce gas and condensate from subsea wells and after treatment, supply feed gas to the Darwin LNG Plant via a gas export pipeline.

In June 2018, MODEC was awarded a front-end engineering design (FEED) contract of the Barossa FPSO and has now been selected as the turnkey contractor based upon its successful performance and deliverables of the FEED contract.

The Barossa FPSO is MODEC's largest size of "gas FPSO" to date, which will be able to export over 600 MMcf/D as well as store up to 650,000 barrels of condensate for export. It has been designed to withstand a 100-year cyclone event at a water depth of 260 m and located some 300 km off north of Darwin, Australia.

MODEC will be responsible for the engineering, procurement, construction, and installation (EPCI) of the FPSO, including topsides processing equipment as well as hull and marine systems. Scheduled for delivery during 2023, the FPSO will be permanently moored by an internal turret mooring system supplied by SOFEC, a MODEC company.

The FPSO will be the first application of the contractor’s M350 Hull, a next-generation newbuilt hull for FPSOs. It is a full double-hull design which has been developed to accommodate larger topsides and larger storage capacity than conventional very large crude carrier (VLCC) tankers, with a longer design service life of 25 years and beyond. The hull will be built by Dalian Shipbuilding Industry Co. Ltd. (DSIC) in Dalian, China.

The FPSO features a boiler and steam-turbine based power generation system instead of conventional gas turbines, which helps reduce the carbon dioxide footprint of the facility.

"We are extremely honored and proud to have been selected to provide the Gas FPSO for Barossa project," Yuji Kozai, president and CEO of MODEC, said. "This contract award of a Gas FPSO reinforces one of our important business strategies, which we aim to penetrate into gas-related markets. Also this new contract represents a significant milestone for MODEC in applying our next-generation newbuilt FPSO hull design which we have developed to meet the new market demands for larger FPSOs. We are equally pleased to be a part of the team that will provide natural gas, a major clean energy source, for the benefit of the people and environment."

The FPSO will be the company’s sixth FPSO in Australia.