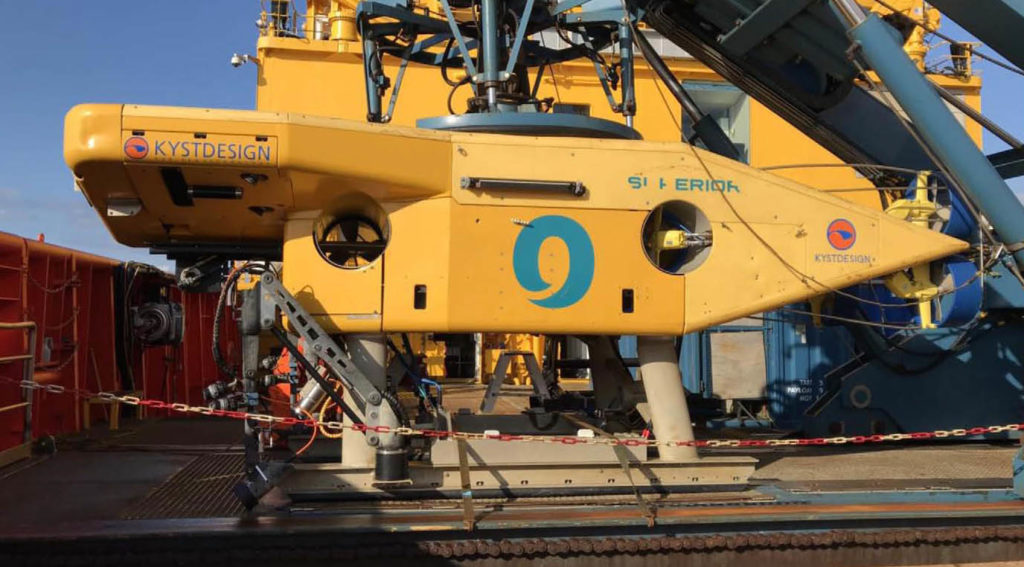 SPE 195755
The use of “Fast ROVs” with launch and recovery systems helped Shell reduce vessel exposure time in its annual pipeline inspection.

Digitalization is the future, and in many cases, the present, of oil and gas operations. Sensors, robots, and other devices have made their way into a number of areas within the industry, and while these things are far from new, their increased availability and affordability make them more viable options for companies looking to innovate.

Subsea pipeline inspection is ripe for faster robots and artificial intelligence to make their mark.

“Computer power has never been cheaper, and today we’re on the cusp of an artificial intelligence and robotics revolution,’ said Calum Shand, a senior operations surveyor at Shell.

Traditionally, Shell has employed what Shand called a “simple work flow” for its annual pipeline inspections (APIs) where it uses two contractors on a single campaign to complete separate, but related, surveys. The first contractor employed a DP1-class geophysical survey vessel with a towed side-scan sonar (SSS) sensor for acoustic, open-water pipeline inspections. Shell processes the sonar data, interprets it, and identifies around 40 to 50 of the most concerning anomalies. After that, another contractor executes a spot dive campaign with 500-m general visual inspection surveys using a DP2-class vessel and a work-class ROV.

Shand said that, while the process has worked for Shell for years, it is not without its faults.

“It’s a time-consuming process, and all you’re really left with is some video footage that can hopefully go into your database,” he said. “What can be frustrating is that you’ve identified an anomaly in your sonar image, and you dive a work-class ROV, and you find it’s just a benign object like a piece of fishing net. Occasionally, that can be inefficient.”

In 2017, Shell started looking at new technologies available in the marketplace. Commercial AUVs (autonomous underwater vehicles) have been fairly successful for industry over the past couple of decades, but they are not a foolproof option. Shand wrote in his paper that AUVs typically stay “acoustically tethered” to their host ship, and their batteries require regular changing. Work-class ROVs offer what he called an “extremely versatile platform” for accommodating larger sensors, such as pipe trackers, that cannot be mounted on AUVs. However, their cumbersome shape limits their maximum operational flying speed at 2 knots when inspecting open-water corridors, and they can suffer dynamically in strong tidal regimes.

Fast ROVs, or ROVs with high-power thruster capacity and hydrodynamic form, can perform pipeline inspections at speeds of up to 4 knots and acoustic surveys at speeds of up to 6 knots. The vehicles can be launched in sea states of up to 4.5 m, which classifies as “very rough” waters on the Douglas Sea Scale; this, Shand said, allows them to operate in early spring or later in the fall months, which can be critical for difficult North Sea waters.

Ultimately, Shell went with an ROV-based solution that would require just one campaign to capture all of the data it had previously captured in two campaigns. In January 2018, Shell UK contracted with DeepOcean for its Fast Digital Imaging Service and began a 45-day survey campaign starting that September, outside of the traditional April–August survey window. For that survey, the FastROV was fitted with an SSS sensor among other things, which Shand said proved invaluable for providing an ad hoc survey in the middle of the campaign.

“The SSS allows us to break down the API. We can go off and do ad hoc jobs. We broke off and did some debris surveys. It’s a very versatile package,” he said.

The new work flow saved around £800,000 compared to the old work flow, and with vessel exposure hours falling by 50%, Shell saw a significant drop in CO2 emissions. Over time, Shand said Shell expects to be able to monitor unexpected changes in pipeline networks and their neighboring seabed conditions. Three-dimensional datasets can also allow users to better understand how pipelines and their associated structures relate to the seabed, which could help in emergency situations.

Shand said he expects automation robotics to become more prolific in pipeline inspections, but that growth will require more available marine bandwidth. Generating datasets from inspections still requires some amount of manual processing, and improvements in cloud computing should help limit the need for offshore personnel.

As 5G networks start up, there may be a step change in a company’s ability to push data around. This should allow them to leverage the intelligent cloud not just for data storage, but for data processing, which could put companies in a position to perform real-time inspection work within the next decade.

Real-time inspections, Shand said, may potentially open the door for an ideal scenario of predictive analytics entering the pipeline space.

“You think about the utopia of having 1-minute acquisition times leading to 1-minute processing times. Right now, we’re a long way from that. In an ideal world, we will move to a space where we can start predicting what’s going to happen. At the moment, we tend to react to events and monitor them, but if we have more data, and a greater ability to do things in real time, then we can move into this predictive analytic space,” he said.

Shand cited CathX laser and imaging systems as systems that, with further research and development, could provide real-time feature detection and object classification. CathX laser profiles can be spatially co-registered with navigation and image data sets to enhance machine learning routines whose development is based on underlying training datasets.