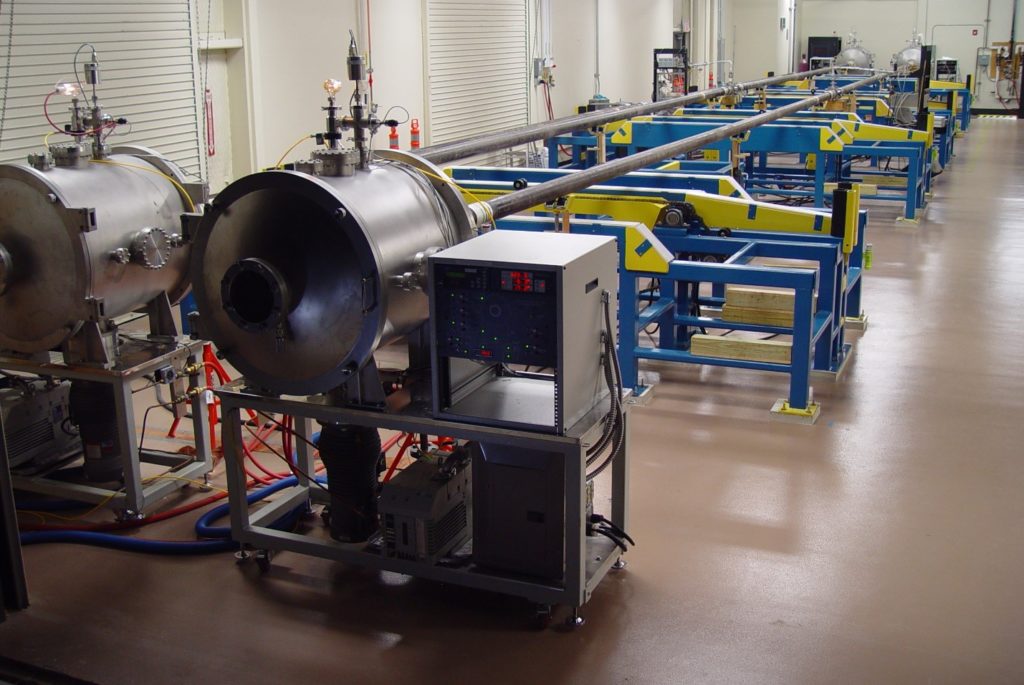 Southwest Research Institute
SwRI applies the LotusFlo superhydrophobic coating, which prevents materials from occluding the flow of oil, to a series of offshore drilling pipes.

Southwest Research Institute (SwRI) has developed LotusFlo, a superhydrophobic coating to keep offshore drilling pipes from being clogged by various substances. R&D Magazine recently recognized the coating and the unique process SwRI developed to apply the coating to pipes as one of the 100 most significant innovations of 2019.

“Offshore oil drilling faces a number of challenges in extracting petroleum from beneath the ocean floor,” said Dr. Michael Miller, SwRI institute scientist and one of LotusFlo’s principal developers. “Pipes are frequently clogged by substances like asphaltenes, which are sticky and tar-like molecular substances found in crude oil; paraffins, soft waxy materials that are derived from petroleum; and inorganic scales, which are mineral deposits that form when water mixes with different types of salty liquids.”

All of these substances can slow or even halt the flow of oil through the pipes. Current solutions involve pouring costly chemicals, which also pollute the surrounding ocean, down pipes to unclog them. LotusFlo, however, is a superhydrophobic coating technology that can repel the liquids and materials that often clog drilling pipes. The coating, which is applied to the pipes under vacuum conditions, contains silicon, oxygen, carbon, and fluorine. Despite the harsh conditions of the drilling environment, the coating can last for years and is not harmful to the surrounding environment.

The unique coating process involves linking several 40-ft sections of pipe together in very low atmospheric pressures. The interiors essentially act as a vacuum chamber, with an end unit on either side of the pipe providing the vacuum source. An electrode is strung through the pipe from one end to the other and suspended in the middle of the pipe.

Volatile molecules are then introduced into the evacuated pipe to ignite highly ionized gas molecules, or plasma, inside the entire length of the pipe structure. The plasma, once ignited, emits light and fragments in a special way to allow control over the chemical precursor molecules to form other ions in the plasma, which are then accelerated very rapidly onto the internal surface of the pipe. When the ions collide on the interior surface, they undergo a polymerization reaction that results in a partially inorganic, glass-like coating that keeps the materials from adhering to pipe surfaces.

The R&D 100 Awards are among the most prestigious innovation awards programs, honoring the top 100 revolutionary technologies each year since 1963. Recipients hail from research institutions, academic and government laboratories, Fortune 500 companies, and smaller organizations. Since 1971, SwRI has won 45 R&D 100 Awards. For more information, visit https://www.swri.org/industries/surface-engineering.