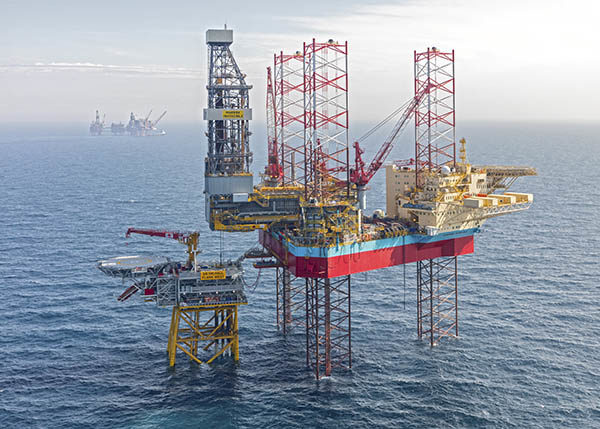 First oil has been produced from the Valhall Flank West development in the Norwegian North Sea, operator Aker BP said in a statement.

The unmanned wellhead platform will receive power from shore via the Valhall field center, which Aker BP said was in line with its strategy of minimizing the carbon footprint from its operations. The platform’s crane and seawater pump are electric and receive power from the field center, which the company said will help to reduce maintenance costs.

The Valhall field has produced more than 1 billion BOE since its start up in 1982. Aker said it aims to produce the same amount over the next 40 years. Valhall Flank West is expected to contribute around 80 million BOE to that production total. Its ownership group has invested NOK 5.5 billion ($600.38 million) in Valhall Flank West at a breakeven price of $28.5/bbl.

“Aker BP sees enormous potential in the Valhall area,” said Kjetel Digre, senior vice president of operations and asset development at Aker BP. “We have started removing old platforms from the field center, we are investing in new wells, we are plugging old wells, and we are actively seeking new business opportunities in the area. With Valhall Flank Wet on stream, this represents another important step towards achieving our ambition.”

Aker BP holds a 90% stake in the Valhall license, with the Kerogen Capital-backed oil firm Pandion Energy holding the remaining 10%.