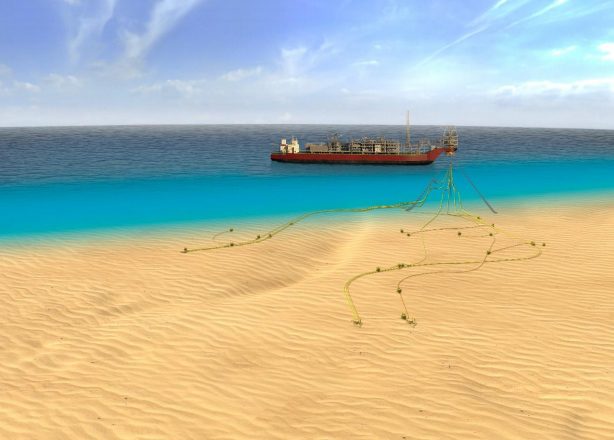 The Senegalese government has approved an exploitation plan for the Sangomar field development offshore Senegal.

Woodside submitted its development and exploitation plan for the field in early December. The government approval should pave the way for final investment decisions for the project to move forward.

Sangomar is a standalone FPSO with 23 subsea wells and supporting subsea infrastructure. The FPSO is expected to have a production capacity of 100,000 B/D. First oil is targeted for early 2023, and the vessel will allow for the integration of potential future development phases, including gas export to shore and future subsea tiebacks. The FPSO will process the oil before offloading it via tankers.

The RSSD (Rufisque Offshore, Sangomar Offshore, and Sangomar Deep Offshore) joint venture that owns Sangomar is comprised of Woodside, Capricorn Senegal, FAR, and Senegalese NOC Petrosen. Far has been in a legal dispute over Woodside’s acquisition of a 35% stake in the field from ConocoPhillips in 2016. Far contends that it was denied the right to pre-empt Conoco’s sale. Reuters reported that resolution of the dispute is expected early this year.

“This is a momentous milestone for the joint venture, and FAR is proud to have played an integral part in the discovery, appraisal, and now commitment to develop the significant oil resource offshore Senegal,” FAR managing director Cath Norman said in a statement.

Woodside said that work on Phase 1 of the development is subject to final execution of the agreement with the host government and the approval and award of key contracts.