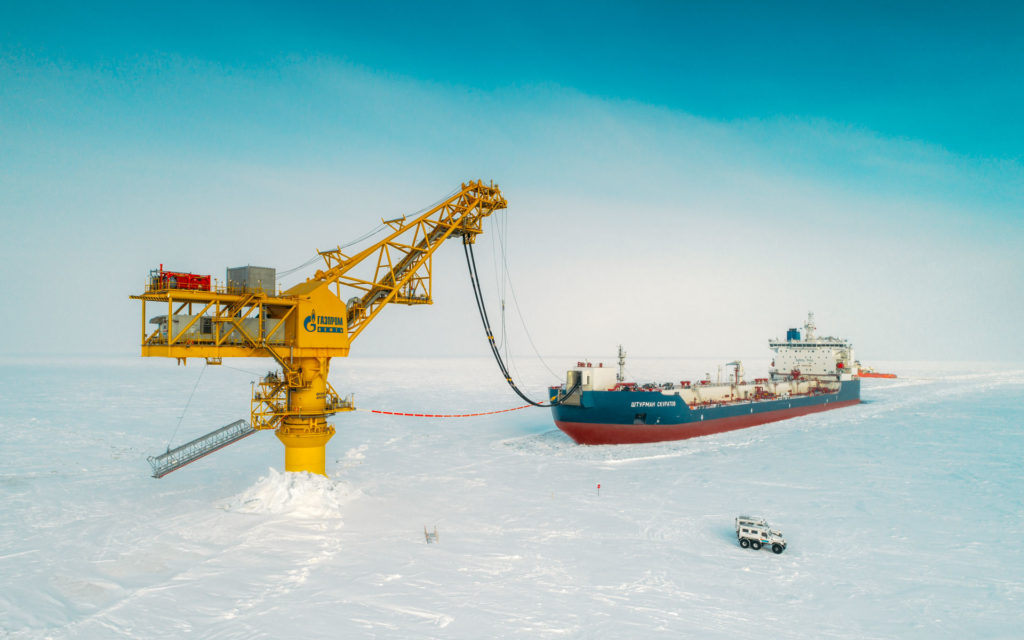 On the edge of the Arabian Desert, a megaproject located above the Arctic Circle was given the International Petroleum Technology Conference's (IPTC) Excellence in Project Integration Award on Monday in Dhahran, Saudi Arabia. Taking home the top honor was Moscow-based Gazprom Neft, which is the current operator of the Novoportovskoye oil and gas condensate field that was discovered in 1964 but left undeveloped for decades due to its remote location on the Yamal Peninsula in Siberia.

For the past 5 years, Gazprom Neft has maintained year-round delivery of oil via an offshore loading terminal known as the “Arctic Gate.” The project has also required the Russian oil and gas sector to build a new fleet of super-spec icebreakers and ice-class oil tankers designed for the harsh environments of the Arctic.

The remoteness of the Novoportovskoye field has demanded that Gazprom Neft invest in remote surveillance and production technologies. Among them is a newly launched digital twin of the field.

The operator was also challenged with overcoming extreme winter temperatures of -60°C (-76°F), at least 86 days of snowstorms each year, and a an average of 245 snow-covered days.

Two new icebreakers were needed for the project because the offshore area only sees an average of 85 days of ice-free navigation each year. To move the oil, seven ice-class tankers travel between the Yamal Peninsula to ports in Murmansk and Rotterdam. Oil shipments by road began in 2013 and tanker trucks must make a 200-km journey to deliver each load.

The field covers more than 250 sq mi. and holds proven oil reserves of 1.9 billion bbl. At least 90% of the recoverable reserves are located in five distinct formation horizons, which makes the exploratory efforts more complex.

There were 17 nominations for the award this year from 10 companies, representing nine nations.

The other two finalists this year were Total and Petronas. Total’s nomination involved the Kaombo FPSO, which saw first oil in 2018 and aims to produce a peak of 230,000 B/D offshore Angola. Petronas’ nomination was the FLNG SATU project, which was the world’s first FLNG unit to come on stream. The project took Petronas’ more than 2,000 miles from Malaysia to develop marginal gas fields. First gas was delivered in 2016 from the initial host field and in March 2019 the FLNG SATU was relocated to another marginal gas field where it operates today.

The Project Integration Award is given only to projects that exceed $500 million and represent one that pushes the industry’s envelope on what is possible. Last year’s winner was Saudi Aramco, which was recognized for its own unique offshore project at the Manifa field, discovered in 1954 and only delivered first oil last decade.