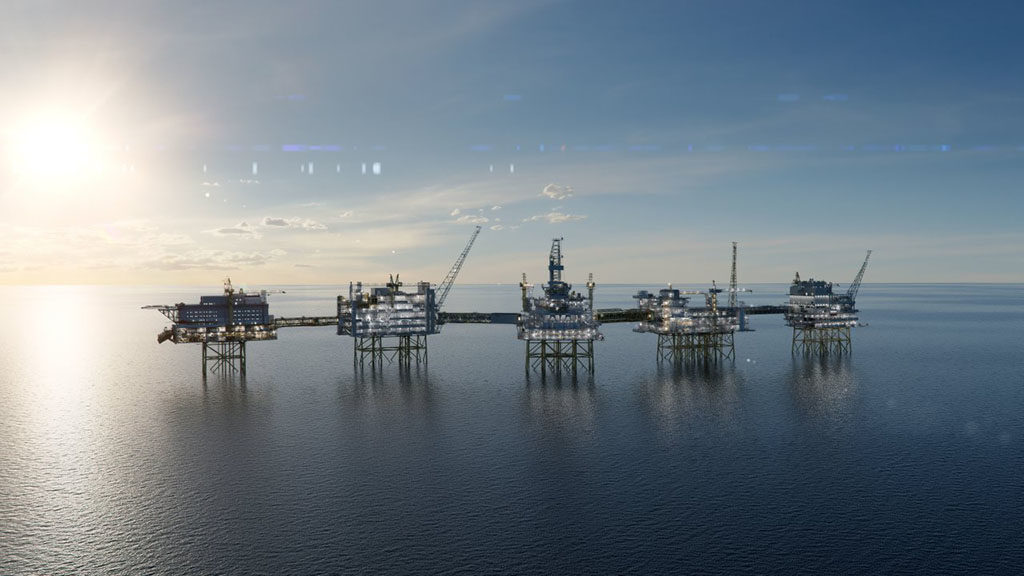 In retrospect, 2019 was another strong year for offshore exploration and production (E&P) companies. Free cash flow remained strong and telltale signs have emerged that we are entering a new offshore investment cycle. This trend was perhaps illustrated most profoundly by the rising swell of offshore project approval activity by operators in 2019. Globally, the amount of oil and gas resources approved for development last year surpassed 20 billion BOE, the highest level seen since 2011.

A quick look at free cash flow (FCF) levels in recent years confirms that 2019 was a strong year for the offshore sector. Fig. 1 shows the total offshore FCF from all public E&P companies globally. This shows that 2019 was the third best year on record, with FCF reaching nearly $90 billion. This represented a slight reduction compared to 2018, but compares very favorably with the previous investment cycle from 2010 to 2014. This shows that the cash flow situation for offshore players is very robust, underlining the point that E&Ps have enough cash in hand to invest in new projects after several years of restrained capital expenditure. 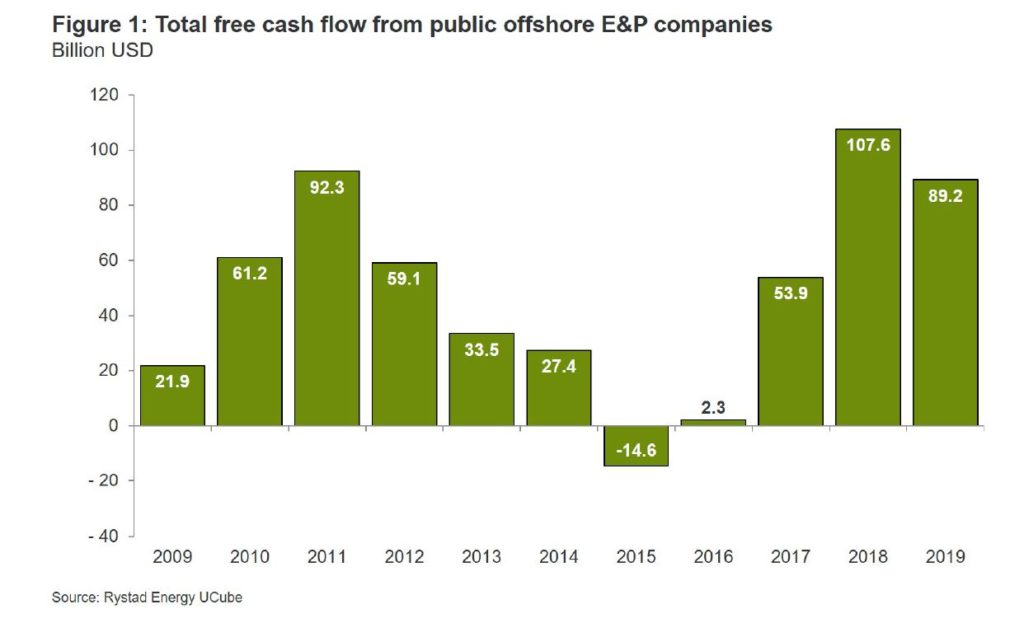 This trend is clearly reflected when looking at project approval activity in 2019. Fig. 2 provides an overview of total approved offshore resources each year over the past decade, split by liquids and gas. Last year saw the approval of 12.3 billion bbl of liquids projects, along with 8.3 billion BOE of new gas projects, thus bringing total approved resources to 20.6 billion BOE. Given that the total amount of offshore production in 2019 was 10.1 billion bbl of liquids and 7.0 billion BOE of gas, this implies a replacement ratio of 1.2 for both oil and gas. The approved volumes in 2019 were 110% higher than 2018, and the highest number since 2011. 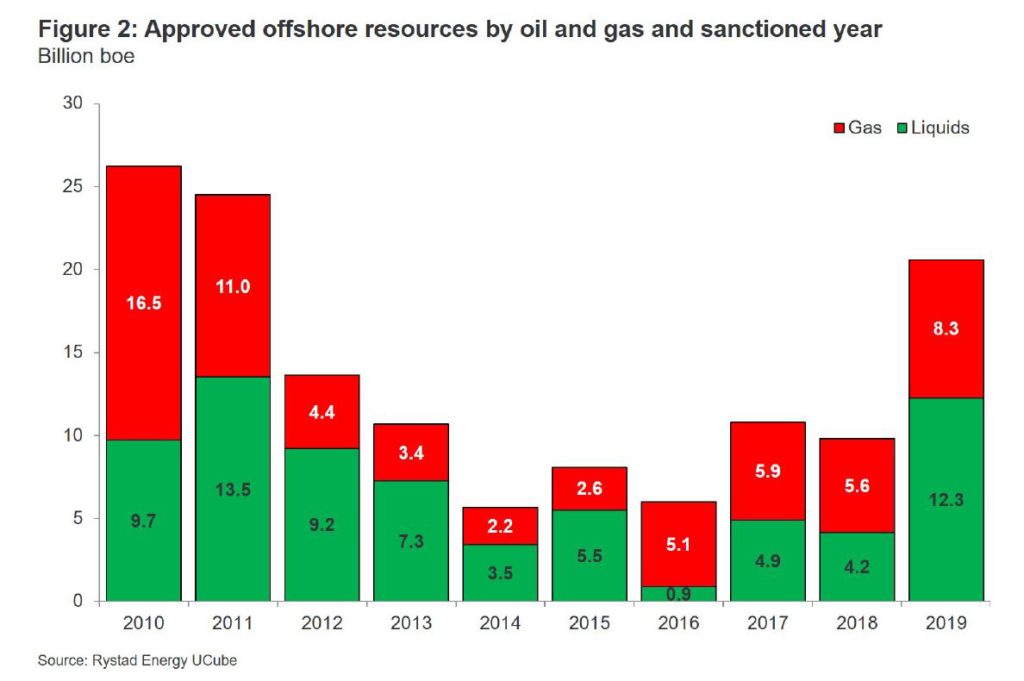 Fig. 3 shows approved offshore greenfield investments (designated for the development of new projects) by year of sanctioning. Once again, a strong increase in activity is seen in 2019. Total greenfield investments approved last year increased by 50% vs. 2018. This significant rise in approved resources and investments was driven by several very large developments that were approved last year, such as the massive Marjan and Berri expansion projects in Saudi Arabia. These projects feature very large resource bases and offer lower greenfield investment cost per BOE compared to smaller projects. Measured in dollars, comparing last year’s investment levels with the years during the previous investment cycle from 2010 through 2014 does not tell the whole story, as cost levels within the E&P industry have come down significantly since 2014. 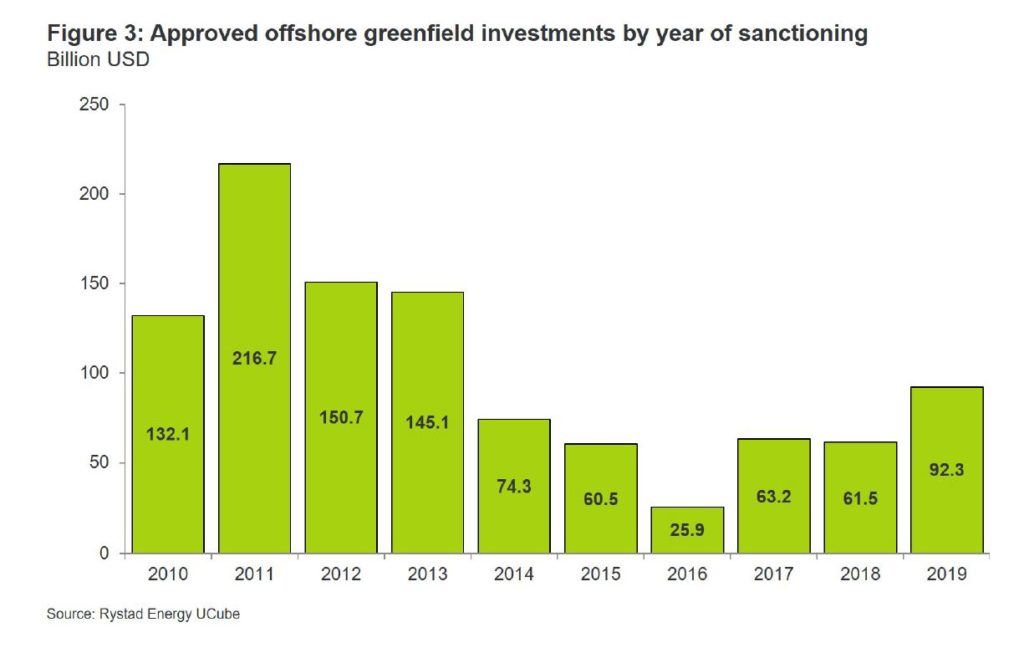 Fig. 4 shows the 15 largest offshore projects approved last year, measured by total greenfield CAPEX. The expansion phase of Saudi Aramco’s Marjan field in Saudi Arabia was by far the largest project approved last year, with close to $12 billion in investments. The project aims to add 24 new offshore platforms to handle initial oil and gas processing and water injection. These platforms will tie into the onshore expansion of the Tanajib oil facilities, as well as other newly built onshore gas facilities. The second largest project on the list is the first phase of Total’s Area 1 development in Mozambique. This gas project will be developed as a subsea tieback to an onshore LNG plant. Chevron’s Anchor field development in the US is the largest project within the Atlantic region, just ahead of the second phase of Equinor’s Johan Sverdrup field in Norway. 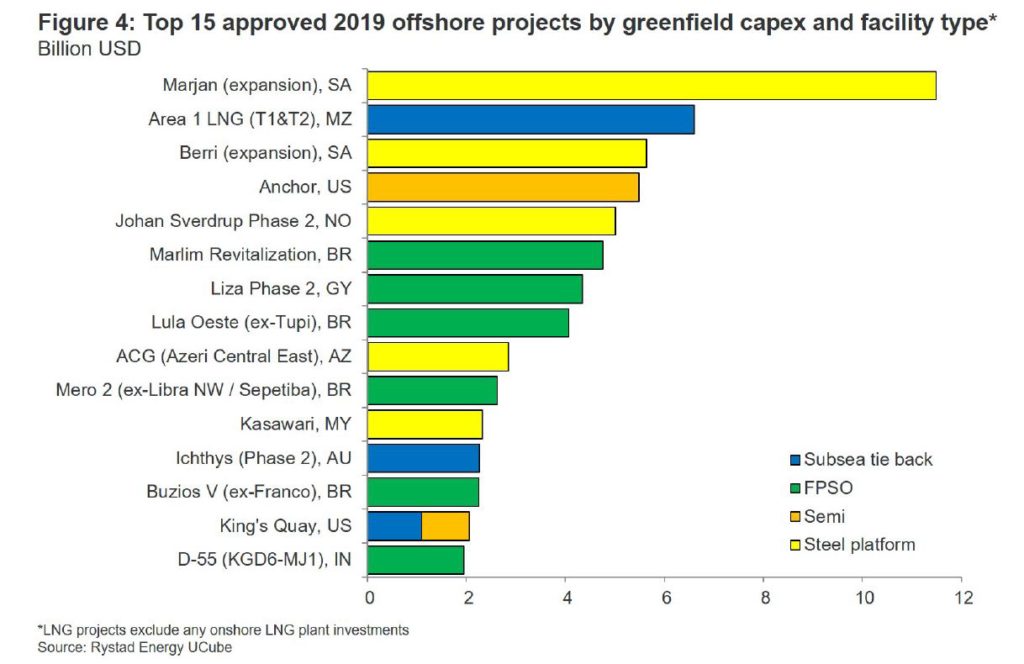 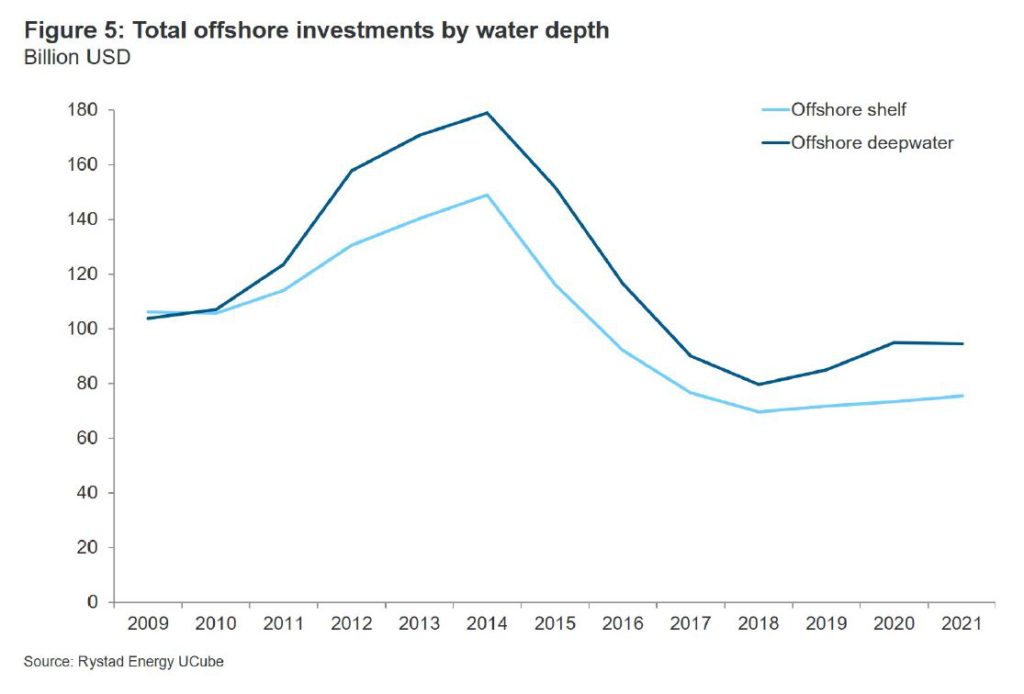