Rystad's oil production estimate for Indonesia stands at 718,000 B/D. In total, production from mature assets is expected to decline by about 38,000 B/D this year. At the same time, assets in the ramp-up phase are expected to add 10,000 B/D. This indicates a shortfall of 37,000 B/D compared to SKK Migas’ target.

“Out of the eight fields starting up in 2020, only Malacca Strait Phase 1 is an oil play and will not on its own replace the declining production from Indonesia’s mature fields. Because of this and the delays to projects that were set to start producing in 2019, even maintaining 2019 levels of oil production might be difficult—let alone meeting the growth targets set by SKK Migas,” Rystad Senior Upstream Analyst Prateek Pandey said. 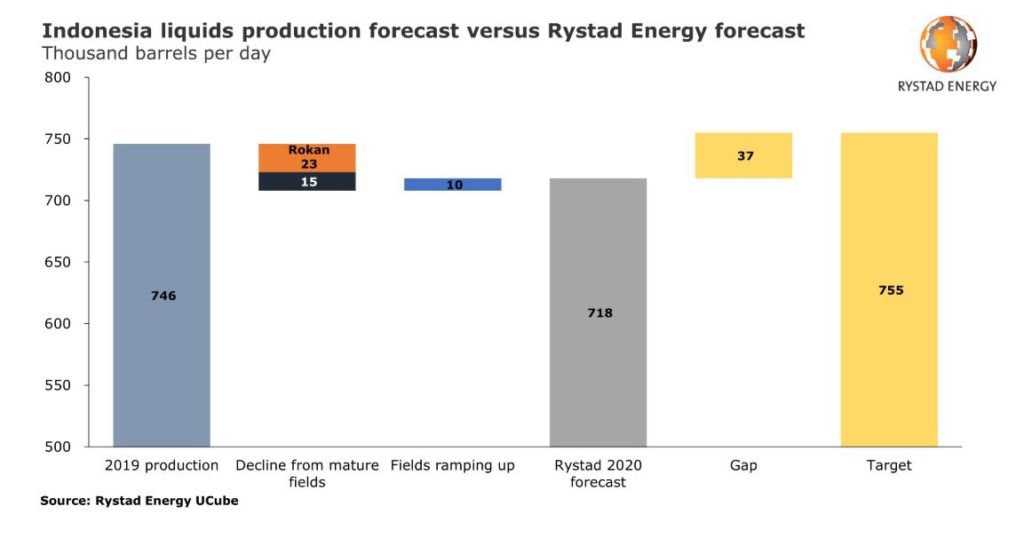 For combined oil and gas production to grow, Pertamina, which operates several significant producing blocks in Indonesia, has to clear many hurdles to lift its output in 2020. Pressure on the national oil company is mounting as the Mahakam and Rokan fields have both witnessed higher decline rates since they were awarded to the company in 2018. 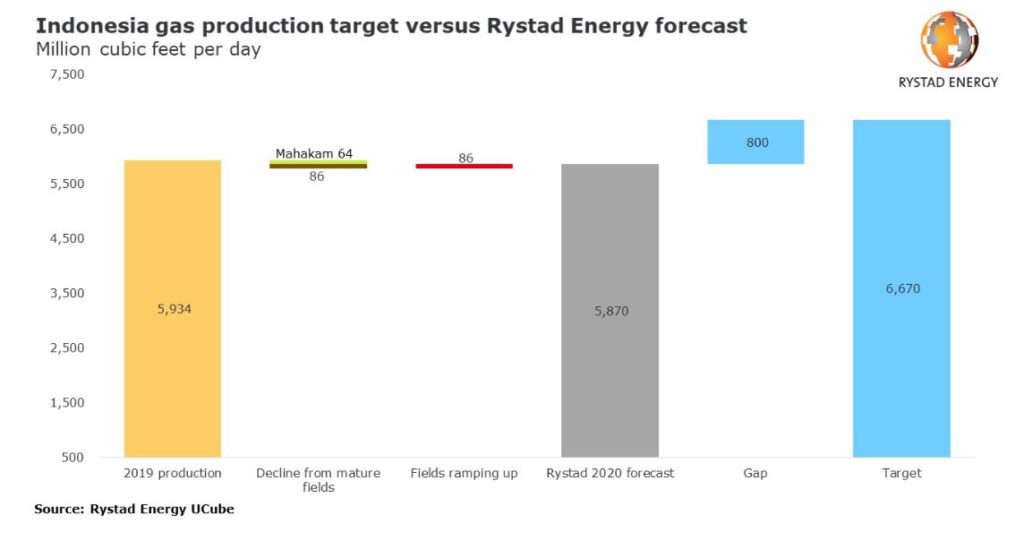 The start of production from the Eni-operated Merakes field will certainly boost Indonesia’s gas output, but the real impact of this field will not be felt until at least 2021. With no major oil projects in the pipeline, oil production will continue to decline until Pertamina drills further on the Rokan block.

“Given this lackluster outlook, it is imperative for Indonesia’s oil and gas production that Pertamina reduces sanctioning hurdles that have long delayed many of its projects and implements advanced enhanced oil recovery technology on its mature fields,” Pandey concluded.