GWPC Report Shows US Produced Water Up Alongside Oil and Gas 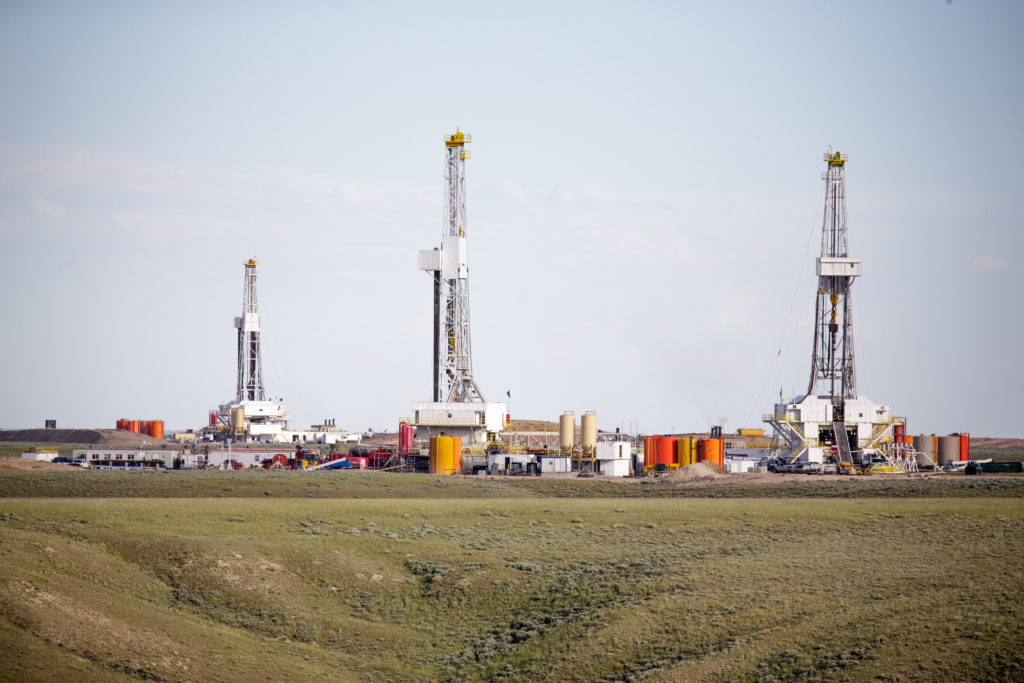 The total volume of produced water estimated for 2017 has increased by 16.2% over a 10-year period to about 24.4 billion bbl, according to a February report sponsored by the Ground Water Protection Council (GWPC). This also comes as the volume of oil, gas, and water produced in the US has increased.

Written by John Veil, president of Veil Environmental, the 137-page report titled “US Produced Water Volumes and Management Practices in 2017,” estimates the total volume of produced water generated by the nearly 1 million oil and gas wells in the US during calendar year 2017. It also provides a breakdown of most US states and how that water was managed. 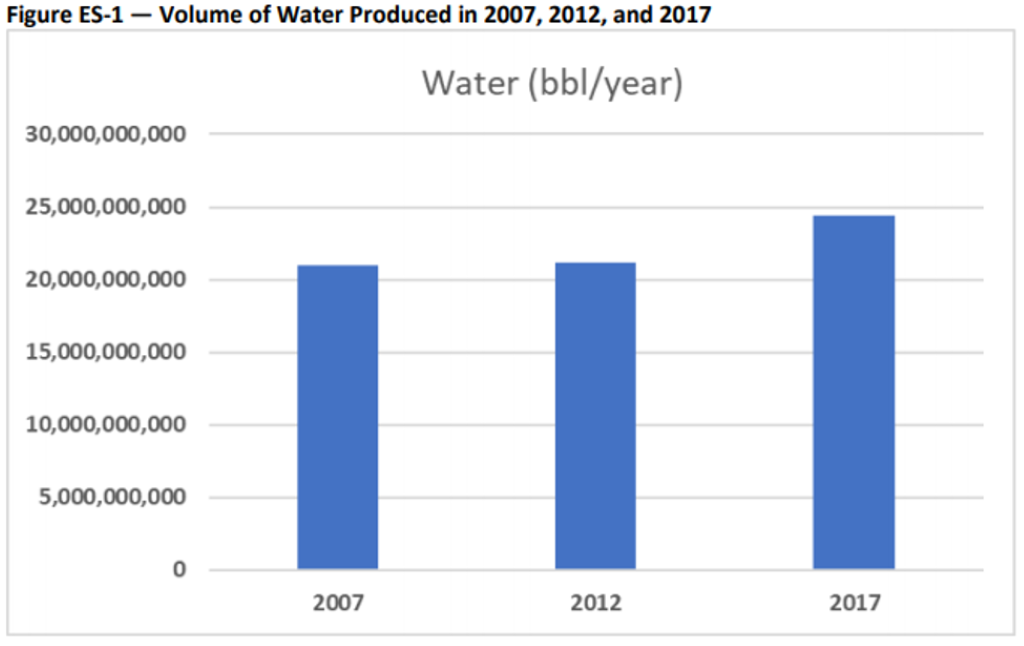 The report, which is the third done using similar methodology covering a 10-year period (2007, 2012, and 2017), focuses solely on produced water volumes and the types of water management practices that are used. It does not look at source water, the types of treatment used, storage practices, or transportation practices.

What’s important about this, said Veil, is that there may be opportunities to put produced water to some other use, thereby conserving freshwater resources for drinking, agriculture, and domestic use.

“A great deal of produced water is being reused within the oil and gas industry to make up new drilling fluids, in hydraulic fracturing operations, and in waterfloods conducted to bring more oil out of formations,” said Veil. “Opportunities to use produced water in applications outside the oil and gas industry are not as readily available but may make sense in certain circumstances.”

Second, produced water is a byproduct of oil and gas production, he said, noting that as long as companies produce oil and gas, the need to figure out ways to manage the water in an environmentally responsible way at an affordable cost will be vital.

“Very little has changed concerning background and characteristics of produced water,” Veil said in the report. “The methods used to collect data are the same as were used in the previous study. The availability and quality of the data collected for 2017 was variable—very much like the data from the previous study.”

The data in the report were collected by contacting state oil and gas agencies in 35 states believed to have active oil and gas production in 2017 and several federal agencies that have jurisdiction over federal onshore and offshore lands and tribal lands to obtain detailed information on produced water volumes and management. Veil noted that not all states had readily available precise produced water volume figures. In a few states, the agencies had very complete data records easily obtainable from online sources.

Other states had summary-level volume data without much detail or had data available only in in-house data repositories. Where complete data were not available, it was necessary to estimate volumes using assumptions, alternate data, calculations, and extrapolations.

The important takeaway message from the data collected, according to Veil, is that water production increased at a slower rate than oil and gas production.

“This means that for every bbl of oil and MMcf (million cubic feet) of gas produced in 2017, less produced water was generated than in 2007 and 2012.”

Veil said one explanation as to why oil and gas volumes have increased at a faster rate than water volumes involves the types of wells and formations that are used to produce hydrocarbon.

Also, between 2007 and 2012, the US experienced a large increase in the numbers of wells drilled in unconventional formations such as shales and coal seams. These wells generate a relatively large amount of produced water initially (the flowback period) but the volume drops off, leading to a low lifetime water production from each well.

As many new unconventional wells were placed into service, many older conventional wells (with high water cuts) were taken out of service. The new wells generated more hydrocarbon for each unit of water than the older wells they replaced. 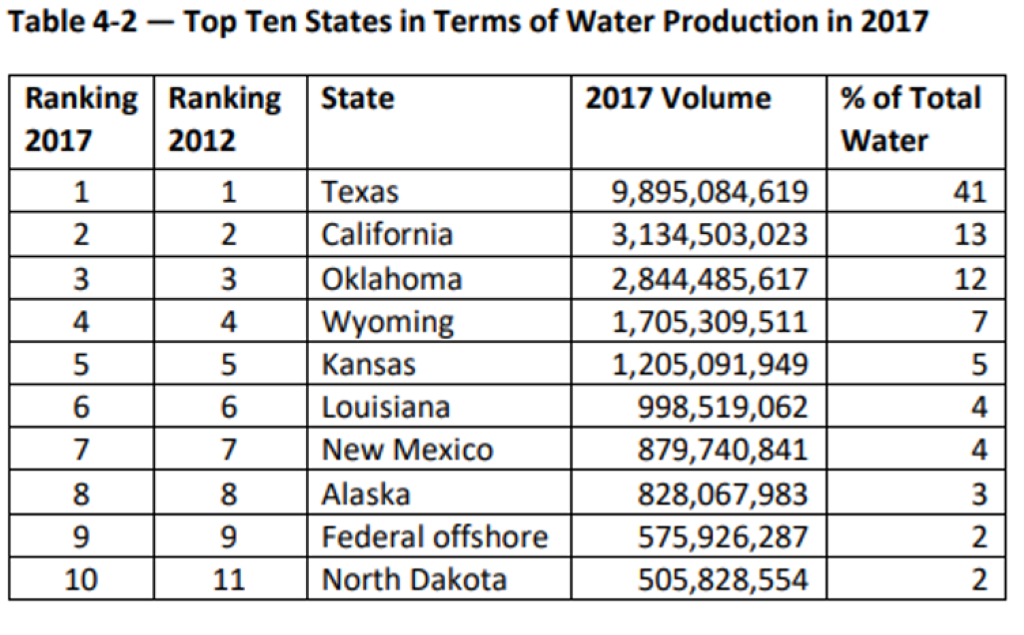 Texas also produced the highest volumes of oil and gas. But the other top water-producing states were not necessarily in the highest rankings for oil and gas production.

Veil’s report said nearly all produced water is managed in one of the following ways:

Veil added that some states track produced water management closely, but most states do not have much information on how the water is handled and managed other than injection volumes.

The table below shows a breakdown of the management practices for 2017. 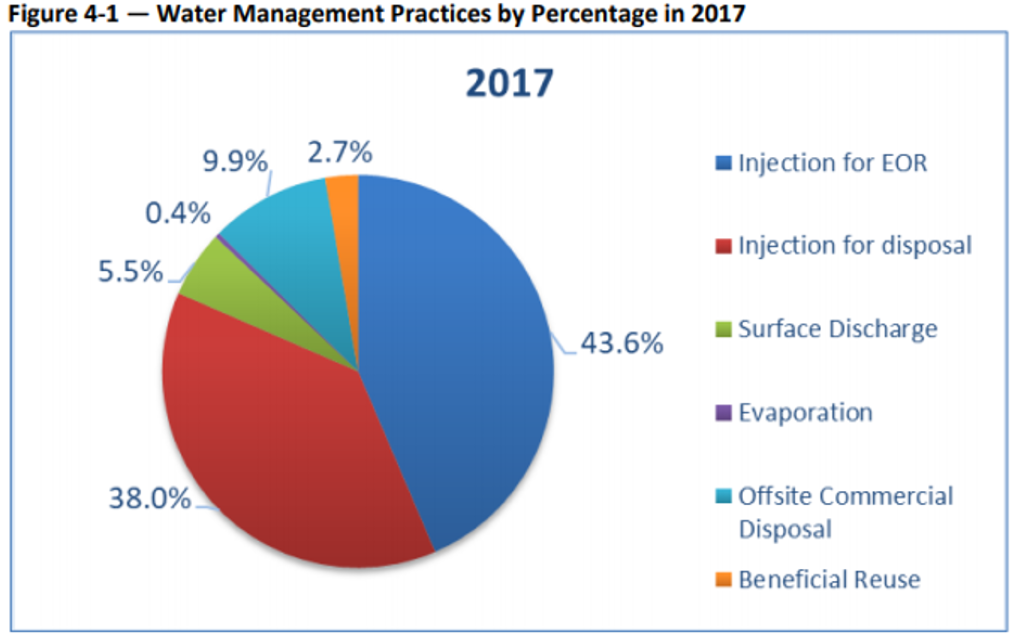 Veil pointed out that the percentage of water injected has remained over 90% during the 10-year period and is very similar between 2012 and 2017.