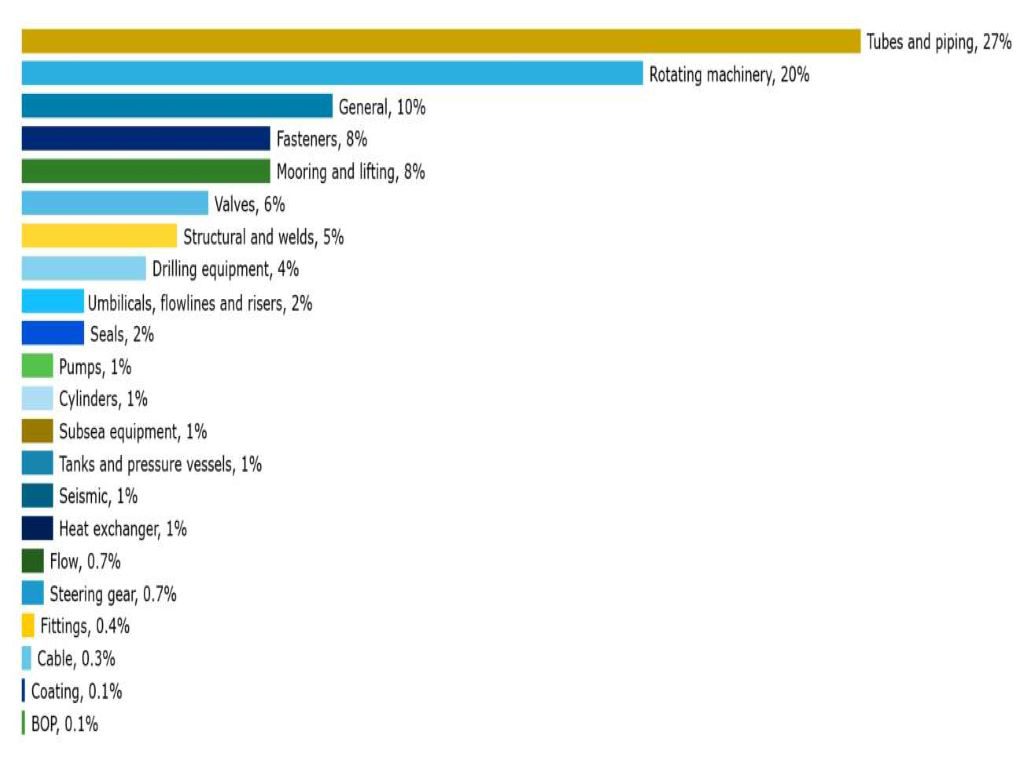 Global quality assurance and risk management company DNV GL said based on its research, more than 1,000 failure cases have revealed tubes and piping are the most failure-prone components in the oil and gas and maritime industries with fatigue and corrosion being the most common failure types.

The company said its research is based on cases from its global network of five laboratories in the US, Europe, and Asia, which specialize in failure investigation. Of the components examined, DNV GL’s labs found 27% of failures occur in tubes and piping and 20% occur in rotating machinery. Fasteners and mooring and lifting components also appear in the top five components identified.

The research shows fatigue makes up 30% and corrosion makes up 19% of primary failure types occurring in the cases analyzed. Brittle fracture, overload, and wear are also in the top five failure types.

“The cost of prevention, monitoring, repair, or replacement as a result of these forms of component degradation can run into billions of dollars,” said Koheila Molazemi, DNV GL’s oil and gas technology and innovation director. “Potentially, financial penalties can occur if major incidents and loss of life result from such a failure.”

The company added that its analytical approach means high volumes of data can be examined more rapidly than using traditional databases and spreadsheets. DNV GL said accumulation of more robust data and learnings from failures can be applied in the front-end engineering design phase of development projects to engineer more robust assets.