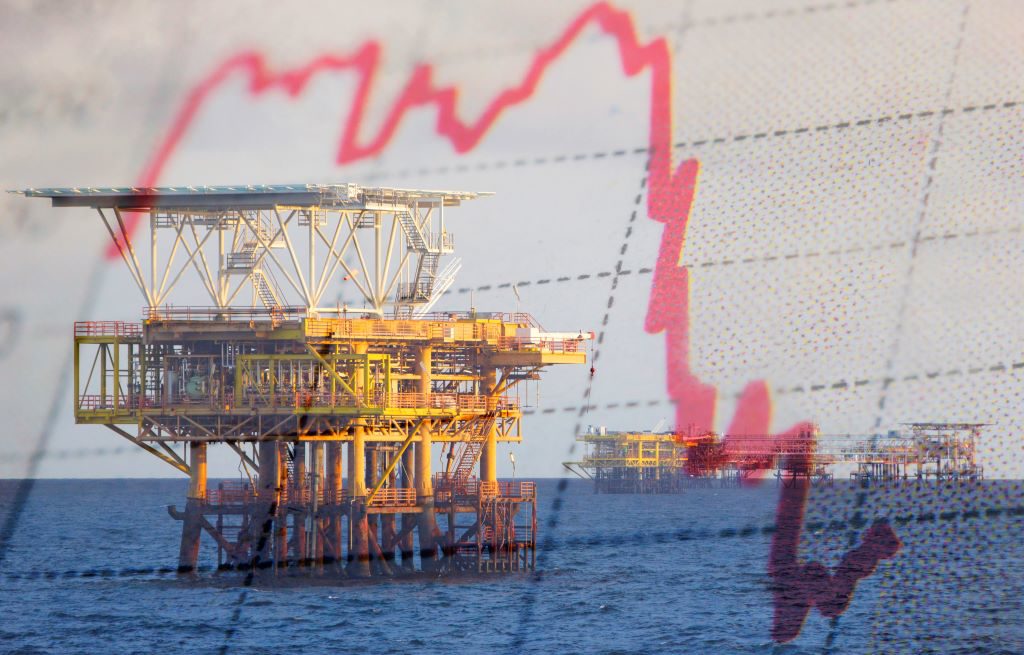 A combination of weaker oil and gas demand, and lower oil prices brought on by COVID-19 may lead exploration and production (E&P) companies to reduce project sanctioning by $131 billion, or 68% year-on-year, according to an analysis by Rystad Energy.

The company’s pre-coronavirus forecast had total onshore and offshore projects representing about $190 billion of investments that would be sanctioned this year, which was below the 2019 estimate of $192 billion. If the price of Brent crude averages around $30/bbl in 2020, total project sanctioning estimates are down to $61 billion, with $30 billion of the overall expenditure tied to onshore projects and $31 billion to offshore. 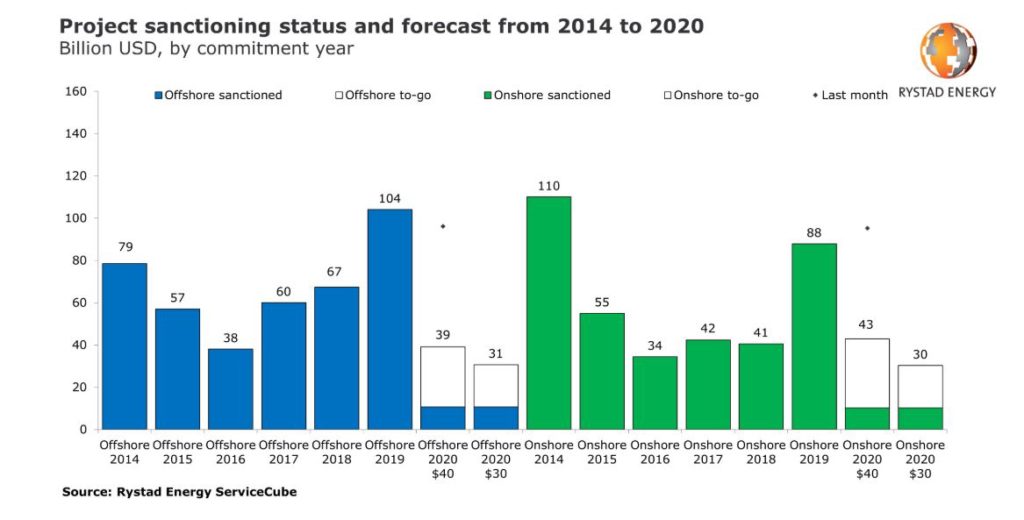 At a $40/bbl average, which Rystad says is getting more distant by the day, total sanctioning would still be down year-on-year at $82 billion, a 57% decline. Project sanctioning schedules are expected to face delays of several months, even for those with breakeven requirements of less than $40/bbl.

In North America, Rystad said multibillion dollar oil projects like LLOG-operated Shenandoah Phase 1 and the Shell-operated Whale development, could face short-term delays in the offshore sector due to low oil prices, while other offshore projects like ExxonMobil’s Greater Liza development off Guyana, which encompasses the Payara and Pacora discoveries, are expected to be sanctioned.

Onshore sector operators are expected to wait for the situation to stabilize before committing to new projects.