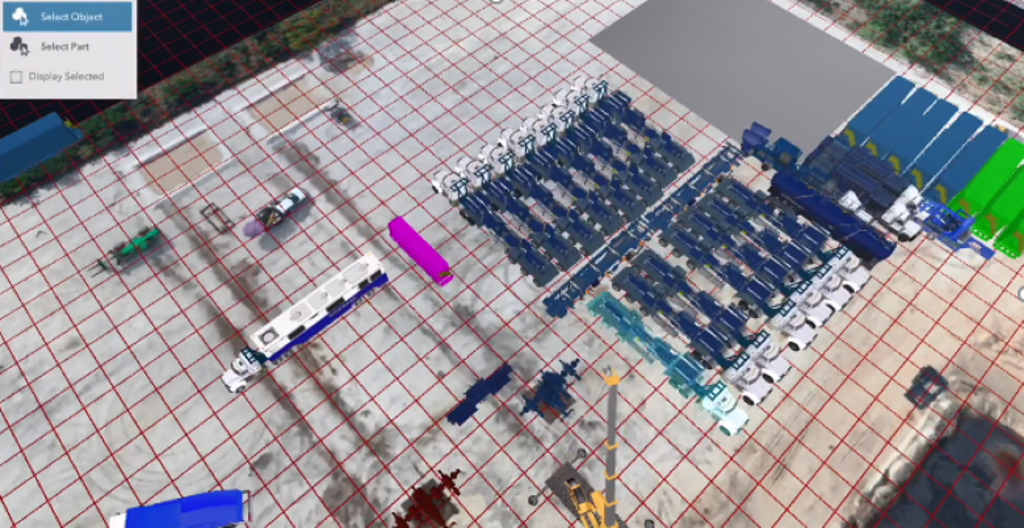 Effectively mobilizing a fleet of 45 heavy vehicles onto a plot of land roughly the size of two football fields requires preparation, coordination, and precision. The mobilization can take more than a day and delays correspond to significant cost implications.

For example, after spending 4–5 hours parking 25 vehicles into their established area, the 26th vehicle arrives and does not have adequate space available for it to make a turn. The crew must relocate the vehicles already in place to accommodate the arrival of new vehicles.

This was a common problem when dealing with wellsite planning according to Schlumberger’s immersive technology manager, Sergey Doronichev, speaking at the Industrial Virtual Reality/Augmented Reality Forum in Houston. He shared how his company was using an extended reality (XR) technology in Texas to avoid common issues and optimize wellsite planning.

Through Schlumberger’s Software Technology Innovation Center (STIC) located in California’s Silicon Valley, the company began an emerging technology project related to digital wellsite layout for OneStim, the North America hydraulic fracturing arm of the company. The goal of the project was to develop a new approach to optimizing fracturing operations.

A typical fracking job can involve more than 60 people and around 45 heavy vehicles. On average, each crew moves between jobs every 2 weeks.

“Performing these operations efficiently is really the key to success,” Doronichev said. “Even tiny but sustainable increases in efficiency lead to a huge win when implemented on that scale.”

Using a drone, pad dimensions and key features are captured for the entire location in a matter of minutes. A Schlumberger representative usually conducts the flight, but the company also imports images or uses satellite imagery.

The company uses to-scale models of all the wellsite equipment to ensure accuracy and realism for the customer, third parties, and the field crews.

Doronichev noted that the mixed-reality software creates photo realism to plan operations prior to completions, and for the future state of the well once production equipment is needed.

“Using the latest advancements in augmented reality [AR], we are developing a way for our crews to visualize the digital layout once they arrive on location,” he said, adding, “Augmented reality has been invaluable in overlaying the digital equipment onto the real area. Combining these tools allows us to create a near-perfect match with our plan when visiting the wellsite.”

Below is an example of what the well pad looks like before and after the job is started. The empty space below is about the size of two football fields. In order to begin fracturing operations, the wellsite needs to look similar to the picture on the right where the equipment and trucks are fully mobilized. 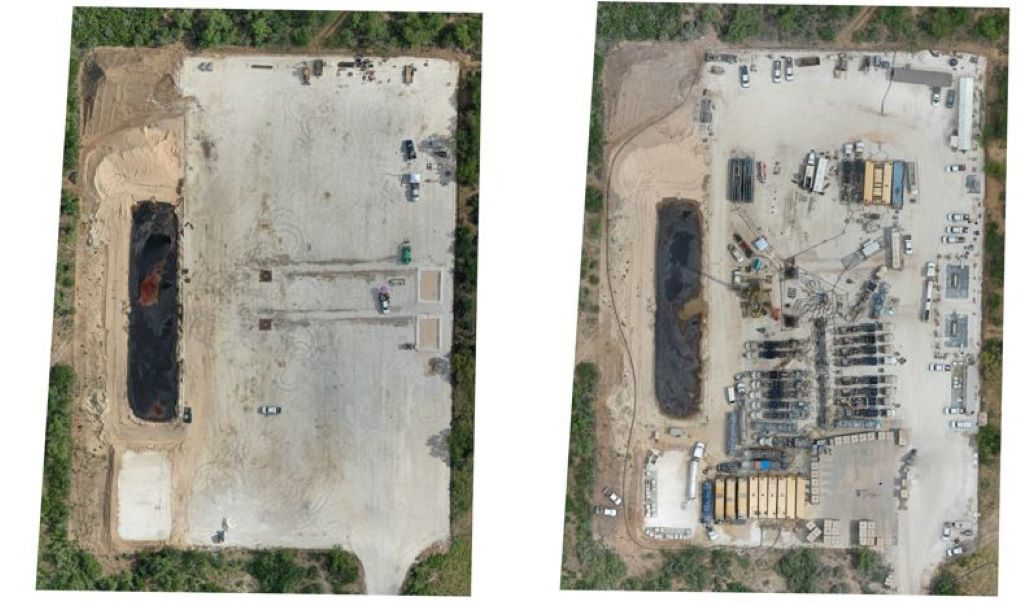 The typical work flow consists of a field coordinator going to the location with a measuring wheel and stepping out every corner of the location. This was done to make sure that all equipment and heavy trucks were positioned efficiently.

Coordinators also used software such as Microsoft Excel, Paintbrush, PowerPoint, or sometimes even a paper and pencil to measure wellsites. In many cases that works fine, but Doronichev noted when precise planning within a limited area is needed, each inaccuracy can lead to significant issues during the execution stage. 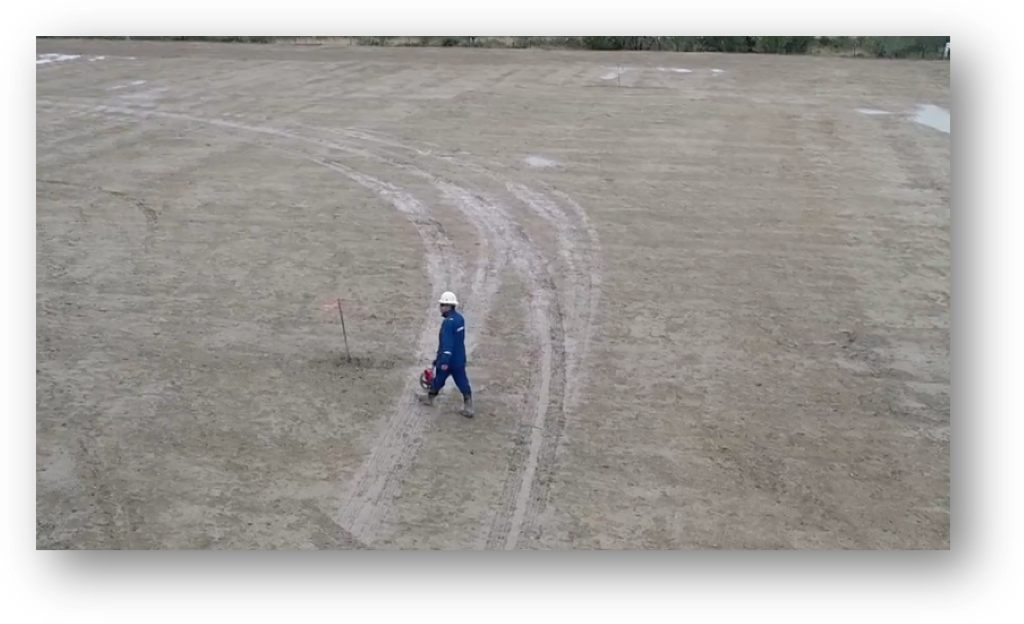 With XR, a certified drone pilot uses a drone to map the wellsite in 5 to 10 minutes instead of a measuring wheel, to create a detailed wellsite image. 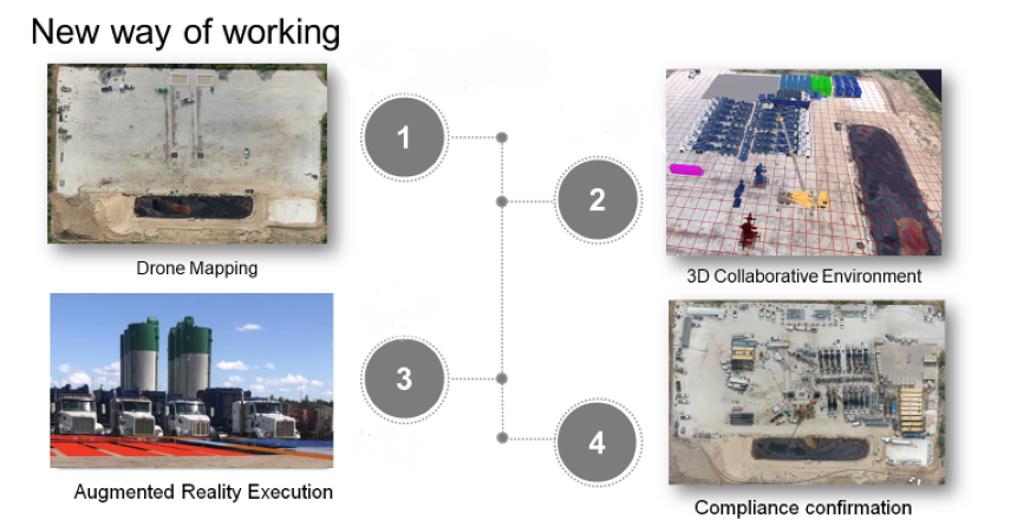 After that, the coordinator uploads the image to a 3D collaborative environment where others can join and work from multiple environments such as VR (virtual reality), headsets, tablets, desktops, and smartphones.

Using a video library of company assets that were up to scale, the team was able to plan accordingly and run scenarios for parking spaces and make room for additional equipment.

Doronichev said the field coordinator can also get results back on a tablet and can see 360-degree holograms on a 3D layout with exact parking positions designated for each piece of equipment. 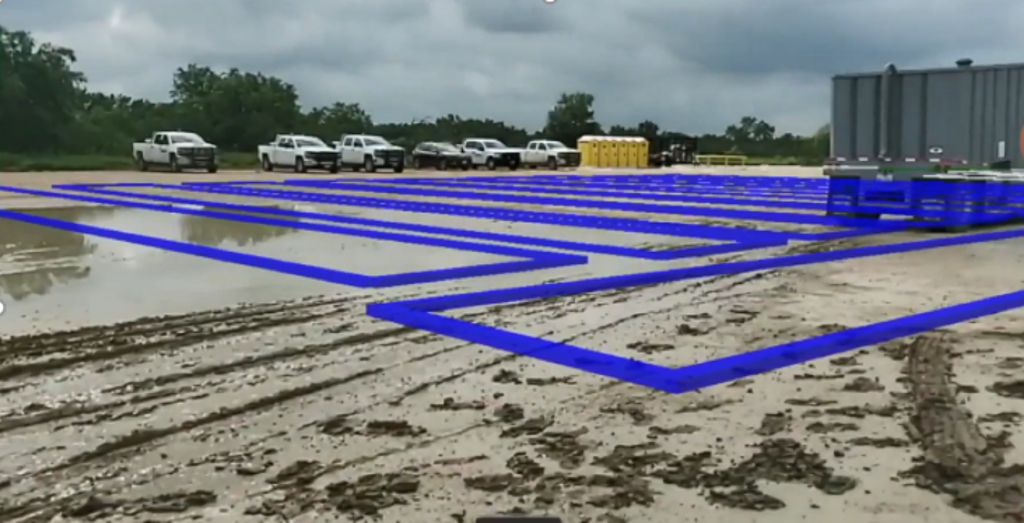 A drone is sent up again to compare the plans against reality to see if there are any mismatches in a troubleshooting phase.

New Problems for a New Procedure

In order to make all this happen, Schlumberger had to lay the groundwork, which included the creation of a 3D assets library. Rather than using existing heavy CAD models from a 3D library, the company created its own low-poly models from scratch.

Another complicated part of the work flow was AR visualization, which Doronichev said is still in the beta-testing phase. While not adopting AR visualization everywhere, they are gathering additional feedback and continuing to improve AR, and foresee higher adoptions rates.

Since May, Doronichev said OneStim completed hundreds of jobs using the XR tools.

To date, Schlumberger has deployed XR on two locations in Texas, and is currently deploying the solution in West Texas with plans to deploy it on a trial basis to other regions, such as the Midcontinent, Rockies, and North Dakota, before moving into international markets.

The Rovuma LNG project in Mozambique was expected to reach FID later this year, with startup in 2025.