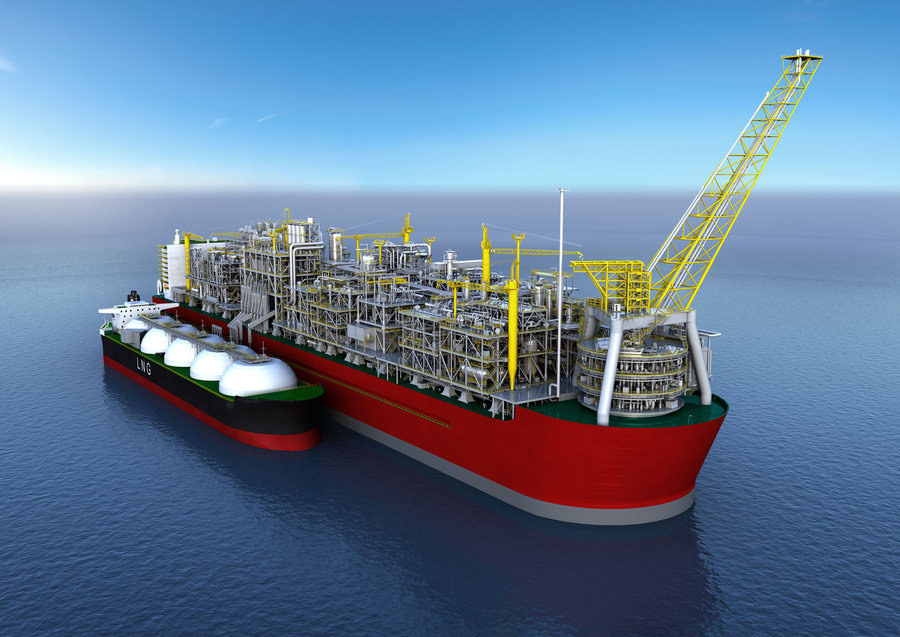 In recent years, global economic growth has been the main driver of increased energy demand. LNG demand is also expected to benefit from efforts to reduce global emissions, providing the means for a shift from the use of coal to gas as a source of energy. Continuous industrialization in regions such as Africa, Asia, and Latin America is expected to lead to an upsurge in demand for import units.

LNG and FLNG developers often have to lock in a certain percentage of LNG purchase contracts before progressing with project development. Current market conditions put developers at serious disadvantage when trying to secure long-term supply contracts. As a result, there will be limited growth in expenditure after the installation of Shell’s Prelude FLNG unit in 2018. Only one liquefaction unit (GoFLNG – Cameroon) has been sanctioned since the oil price downturn 24 months ago. This pause in project sanctioning will result in reduced expenditure throughout 2019–2020. However, despite near-term concerns, the long-term outlook is largely positive. LNG is expected to be key in meeting growing global energy demand—likely prompting further expenditure on FLNG projects. FLNG in particular will be a focus of investment due to the location of many of world’s remaining massive gas reserves—increasingly found in remote locations. For these reserves, FLNG development solutions are often the only viable method of extraction.

The floating liquefaction development concept is an emerging technology—the first unit of its kind will commence commercial production in 2016. This landmark FLNG liquefaction project is Petronas’ PFLNG Satu, which will be producing from the Kanowit gas field offshore Malaysia. The long awaited Shell Prelude FLNG unit, which was sanctioned in 2011, continues to experience further delays as a result of the complexity of the processing module. This unit is now expected to be in operation by 2018, barring any further delays. Other liquefaction vessels currently under construction and due startup before the end of 2018 include Perenco’s GoFLNG, and Exmar’s FLNG. However, Exmar is currently in talks with several parties regarding the final deployment of their unit. This is due to the termination of an initial agreement with Pacific Exploration and Production (PEP) to deploy the unit offshore Columbia. Other projects currently under construction but experiencing considerable delays include Ophir Energy’s Fortuna FLNG and Petronas’ Rotan FLNG (PFLNG 2).

Many current FLNG projects have opted for newbuilds; however, the two proposed units in Africa have opted for converted LNG carriers for fields in Cameroon and Equatorial Guinea. Africa will account for 49% of floating liquefaction expenditure over the forecast period. Yet, most of the East African projects, which account for majority of expenditure, are at an early stage. ENI is expected to make its final investment decision (FID) on its USD-5-billion Coral South liquefaction vessel offshore Mozambique in 2017. The sustained industry downturn has resulted in substantial delays to capital intensive projects. This has particularly impacted developments in Australia, with delays to Browse, Scarborough, and the Cash-Maple as project developers look to maximize profits for stakeholders.

Over the forecast period, expenditure on import units will be driven by the growth in domestic gas demand in nations with limited sources of supply. Forecast expenditure is also driven by the continuous increase in energy demand, especially from emerging economies. Furthermore, geopolitical tension in the Eastern European region has reopened call for countries within the region to reduce their dependence on Russian gas. A renewed drive for cleaner energy will see countries such as South Africa, which currently generate 90% of its energy through the burning of coal, look to transition to the use of gas. As a result, over 14 countries are expected to have their first floating import vessels installed over the forecast period, improving gas supply.  A total of USD 16.7 billion is forecast to be spent on import facilities over the 2016–2022 period, with 2017 representing a peak year in expenditure. Asia will be the largest region in terms of Capex for import vessels, with countries such as India and Indonesia leading unit installations during the 2016–2022 period.

Over the next 7 years, Asia will be a key area for both floating liquefaction and regasification vessels. The region is forecast to account for 21% of global expenditure over the period. Liquefaction units expected to be installed in the region over the 2016–2022 period includes Petronas’ PFLNG Satu and the Rotan FLNG (PFLNG 2).

Australasia will account for the second largest proportion of global FLNG Capex at 22%. All of this is related to liquefaction projects (including the completion and installation of Prelude FLNG in 2018). A sustained recovery in the oil price environment provides upside for the region—up to five liquefaction units could be sanctioned if market conditions improve.

Eastern Europe & FSU forecast expenditure will represent just 3% of the global total. Spend in this region relates solely to import regasification facilities with the intention of diversifying regional gas supply. Gazprom is also expected to have the Kaliningrad FSRU delivered by the end of 2017.

Latin America accounts for 6% of global Capex. This is driven by both floating import and liquefaction facilities. However, the Exmar FLNG which was initially designated to be installed in the region may be delivered elsewhere—Exmar is reportedly open to all options following the termination of their agreement with PEP.

The Middle East will account for 7% of global expenditure. This is driven by the planned liquefaction facility offshore Iran and other import facilities in Bahrain, Lebanon, and the UAE.

North America will have no expenditure allocated for either import or liquefaction facilities over the forecast period. The region has moved from being a net importer of gas to an exporter, following the explosion of shale gas production. Massive investment has been made in onshore liquefaction projects in both US and Canada, with feedstock originating from wells drilled onshore.

Western Europe will represent 6% of total global Capex; expenditure in the region is entirely associated with import facilities.

Over the forecast period, a stormy ride is expected for the LNG industry, as the fall in natural gas prices limits investment in capital-intensive liquefaction projects. Furthermore, the success of the pioneering projects will serve as a yardstick for stakeholder’s confidence. Douglas Westwood expects a pause in investment and the sanctioning of FLNG projects due to the market downturn. However, ENI is set to sanction the Coral project once considerable cost savings for the project have been secured—FID is expected early 2017. Project financing is expected to become easier in the long term, as a track record for the technology is established—a lease and operate model may evolve for medium and smaller deployments. 2016 will be a landmark year for the industry, as the PFLNG-Satu enters commercial production.

Aside from escalating gas demand, other key factors driving FLNG demand include technological advancement, monetization of stranded gas reserves, rising costs for the development of onshore terminals, shorter lead times, relocation flexibility, and lower space requirements. In the decades ahead, natural gas will continue to play an increasingly important role in meeting the world’s energy demand. Over the long term, massive gas reserves discovered in remote regions such as the East African basin will continue to make the case for FLNG as development solutions.

Mark Adeosun is the author of the World FLNG Market Forecast 2016–2022. Since joining Douglas-Westwood in 2013, Adeosun has authored a number of offshore industry market forecasts and has also conducted high-level research into various oil and gas projects, with a focus on offshore drilling, deepwater activities, and LNG. He has undertaken market modeling and analysis, focusing on offshore markets and exploration and production activities. Adeosun has a BSc degree in geology and a master’s degree from the University of South Wales in Geographic Information Systems.