Askeladd Vest will be drained by depletion via two gas producers. The Askeladd Vest template will be tied back to the already installed Askeladd templates with a pipeline and umbilical. 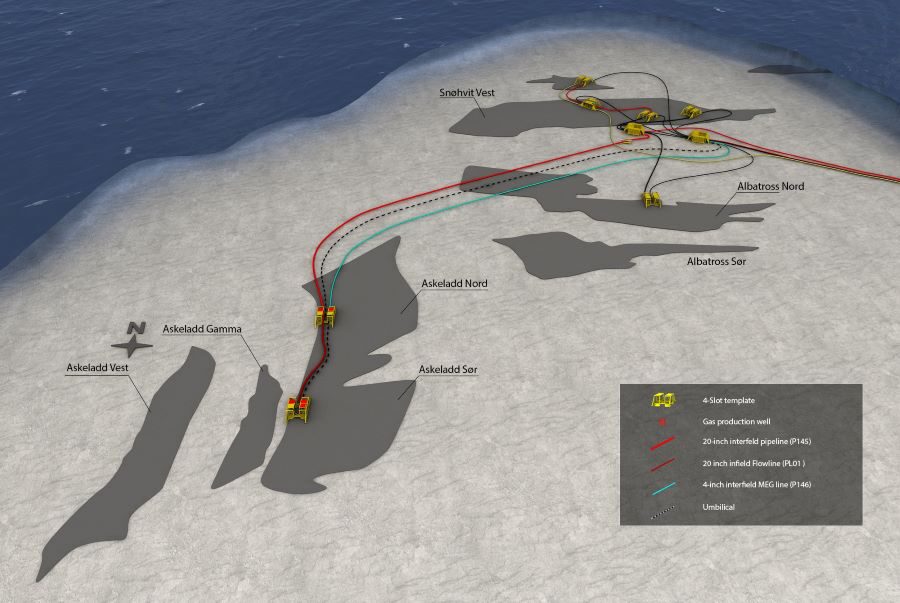 TechnipFMC received a letter of intent from Equinor in early June, which was a part of a NOK 1.8 billion ($185 million) package that included two contracts for three projects on the Norwegian continental shelf (NCS), including Askeladd. The other two projects are Breidablikk, and the gas import system for the Snorre expansion project. The scope of the assignments includes fabrication and laying of pipelines, installation of subsea structures, control cables, and hookup and testing of systems. The offshore operations under the contracts are planned to be carried out during 2021–2023.

This was followed by Aker Solutions letter of intent from Equinor in late June to deliver the subsea production system for the next phase of the Askeladd. Both letters of intent are subject to FID.

The scope of the expansion of the Askeladd field includes one template with a manifold and two subsea trees with associated control systems.

Aker Solutions estimates the value of the potential contract to be about NOK 400 million ($41.3million), which is expected to be booked as order intake in the second quarter of 2020. Aker’s contract will include deliveries from the company’s sites in Tranby, Egersund and Ågotnes in Norway as well as Brazil, Malaysia, and the UK.