The Acorn CCS Project: A Plan To Evolve and Thrive Through Decarbonization 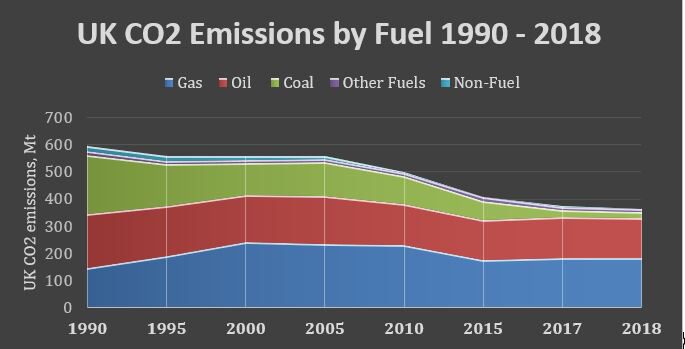 To meet ambitious emissions-reduction targets, the UK must envision dramatic changes to the energy economy. Two technologies that may play a part in the decarbonization of the UK energy business are carbon capture, use, and storage and the use of hydrogen as an energy carrier and energy storer. This approach builds on the UK’s gas-network infrastructure, which can be repurposed to avoid becoming stranded and to avoid the enormous expense of increasing the capacity of the electricity-transmission network. The complete paper explores the ways in which northeast Scotland can best integrate its infrastructure into this challenge, with emphasis on the unfolding ACORN carbon capture and storage project.

At its core, the intent of Acorn is to develop a hub for carbon capture and storage (CCS), enabling a more sustainable energy system. The project will be focused at St. Fergus in northeast Scotland and includes installation of a new advanced hydrogen reformation process, carbon dioxide (CO2) compression, and the use of redundant pipelines and infrastructure to transport and permanently store CO2 in aquifers and depleted hydrocarbon reservoirs located in the Outer Moray Firth. Hydrogen as a product will initially be blended into the National Transmission System (NTS) at 2% by volume, thereby reducing natural-gas-derived emissions across the UK.

Current hydrogen consumption is 65 mtpa, with a European Commission study predicting a potential demand of up to 300 mtpa by 2050. A full UK-wide heating conversion to hydrogen is estimated to require in excess of 15 mtpa in 2050. The current barriers to hydrogen use are a lack of CCS infrastructure, limited demand for hydrogen as fuel, and the absence of accessable distribution networks.

Hydrogen Generation. There are two main pathways to low- or zero-emission hydrogen production: steam methane reforming (SMR) with CCS, and electrolysis using electricity from renewables. An SMR unit is primarily a large refractory-lined box containing hundreds of pressurised tubes to convert hydrocarbon. The advantages of SMR hydrogen production include a good safety record, high thermal efficiency, and stable energy supply (natural gas). Today, it is considered the most economical method of hydrogen production and is widely is seen as a necessary intermediate step in advancing any future hydrogen economy.

As an alternative, hydrogen can be produced through electrolysis, the simple decomposition of water into hydrogen and oxygen by passage of an electric current. Electrolysis provides pure hydrogen, is easily scalable, and produces zero emissions if powered by renewable electricity sources. As such, it is better suited for decentralized applications. Electrolysis requires a large amount of power and, because of the intermittency of renewable energy, tends to be more expensive to produce industrially. Incremental improvements are being evaluated through design efficiency despite the maturity of the technology. However, with technological advances in both electrolysis and renewable power, this approach will grow to represent a larger portion of the hydrogen production economy, with eventual price convergence.

A Hydrogen-Driven Economy. Technical barriers remain to full hydrogen conversion of the gas infrastructure, specifically the assessment of any potential safety effects or gas quality received by end users. Hydrogen embrittles many of the steels used for NTS pipelines, creating the potential for dangerous leaks. Sections of the UK system already feature advanced materials suitable for hydrogen transportation, but the adjustment of end-use appliances to be 100% hydrogen-ready is still required. Recent US studies suggest that safely transporting a hydrogen-natural gas blend over an existing natural-gas-pipeline network technically is possible at levels between 5 to 15% hydrogen by volume, assuming the system in question is maintained. The authors suggest the UK system can specifically accommodate 20% hydrogen. For residential use, UK estimates suggest some 6 million tons of carbon could be saved if the program were to be extended across the country.

Hydrogen in Northeast Scotland. The Aberdeen Strategy Framework 2020 was launched in May 2013, followed in March 2015 by the Hydrogen Strategy and Action Plan 2015–2025, a more-detailed 10-year strategy outlining the key actions required to ensure that Aberdeen remains at the forefront of hydrogen technology. The strategy sets a vision for securing Aberdeen's place as a center of excellence in hydrogen technologies, reinforcing the area's position as an energy city. At the time of writing, a 1-MW electrolyzer system capable of providing up to 400 kg/day is used in Aberdeen in the production of hydrogen for 10 buses, refueling two buses back-to-back in under 30 minutes.

Acorn is the name for a low-carbon multiproject development encompassing a phased transport and storage-led full-chain CCS project, initially driven from CO2 produced as a byproduct of hydrogen processed at scale from North Sea natural gas. At the core of the plan lies the opportunity to reuse three large offshore pipelines and one large onshore pipeline built for transporting natural gas from the North Sea but now made available by changing requirements. The onshore pipeline sits within the buildout strategy such that connections to the Grangemouth industrial center, and integration with the existing deepwater harbor at Peterhead, will support other regions in the UK until a national business case and scale for infrastructure can be developed. To date, Acorn studies have been funded by multiple UK and EU funding initiatives; its funding status at the time of writing is detailed in the complete paper.

In this project, the development perspective must be reversed, compared with a conventional one in which a hydrocarbon reservoir would dictate development architecture. In a brownfield CCS development, a combination of supply specification and reusable pipeline-design envelopes drives the process.

Hydrogen. St. Fergus gas blending must account for variations in gas flow at the terminals. Fig. 1 illustrates the potential hydrogen flow-rate variation over the past 3 years curtailed by a 2% specification by volume. The bars illustrate minimum and maximum daily flows within each month, with the plotted curve representing the monthly average. When calculating the amount of hydrogen that should be blended into the gas stream, the overall energy value of the gas flow was maintained as if the NTS were being operated on pure methane.

Monthly hydrogen-generation-capacity requirements could vary between a minimum of 110 MW (daily minimum of 77 MW) and a maximum of 250 MW (daily maximum of 262 MW). The average hydrogen output required over the past 3 years is approximately 172 MW. The National Grid long-term forecast for gas throughput at St. Fergus is relatively flat, providing confidence in using this history as a guide to future volumes and variability.

CO2 Capture and Delivery Conditions. The base case assumes the use of an amine unit to capture the CO2, with the potential for alternative technologies investigated to increase capture efficiency. Recovering and exporting the CO2 at an elevated pressure would reduce compression requirements. A 200-MW hydrogen-generation facility is envisaged with the capacity to produce a peak of 0.44 Mte/yr (the equivalent of 23 MMscf/D CO2).

Pipelines. The project assumes that existing offshore redundant gas pipelines (the Atlantic and Goldeneye pipelines) that run from St. Fergus to the Acorn storage area would be reused with new infield pipelines installed to access specific injection sites. Justification of life extension requires significant study of the cathodic-protection system and fatigue life to justify any change of use: consideration of low-temperature contraction, nonmetallic materials, and long-term exposure of internal coatings to dense-phase CO2 will be required.

Subsea Injection System. Water depth at the potential storage sites is approximately 115 to 120 m. A subsea development concept is assumed. With a single site and well location to be selected for the first development phase, it is anticipated that further wells and infrastructure will be added in subsequent phases. The current project assumption is that an 80- to 110-km umbilical would need to be installed from the St. Fergus terminal to the location of the first well drilled at the Acorn CO2 storage site. Options to avoid the cost and potential environmental impact of installing a conventional umbilical to shore are under investigation; they are referred to as “umbilical-less” concepts.

Subsurface. The proposed storage reservoir is the Captain Sandstone Member, a Lower Cretaceous submarine fairway deposited in the east/west-aligned South Halibut Trough, approximately 100 km offshore in the Outer Moray Firth. Reservoir properties are excellent, with an effective seal from overlying calcareous shales proven by the existence of numerous hydrocarbon accumulations. CO2 could be injected into abandoned gas fields and contained by structural trapping, or into the saline aquifer, where it would be stored by a combination of residual trapping, dissolution, and mineralization. Initial pressure is hydrostatic, with evidence of communication between fields on a reservoir timescale and a seabed subcrop approximately 100 km west of the injection area. Compared with a closed aquifer, this open configuration increases the potential storage capacity significantly.

This article, written by JPT Technology Editor Chris Carpenter, contains highlights of paper SPE 195715, “Acorn: A Northeast Response To Evolve and Thrive Through Decarbonization,” by David Mackinnon, Total, and Sam Gomersall, Pale Blue Dot Energy, prepared for the 2019 SPE Offshore Europe Conference and Exhibition, Aberdeen, 3–6 September. The paper has not been peer reviewed.