Vortexa said the implementation of OPEC+ production cuts from May buoyed global demand for alternative medium sour grades such as the North Sea's Johan Sverdrup stream.

Data released by the company shows crude loadings up approximately 1.55 million B/D over April and May, from 1.25 million B/D in March. As of 24 June, crude exports were at 1.43 million B/D, the majority of which were heading to China at around 500,000 B/D on a preliminary basis. 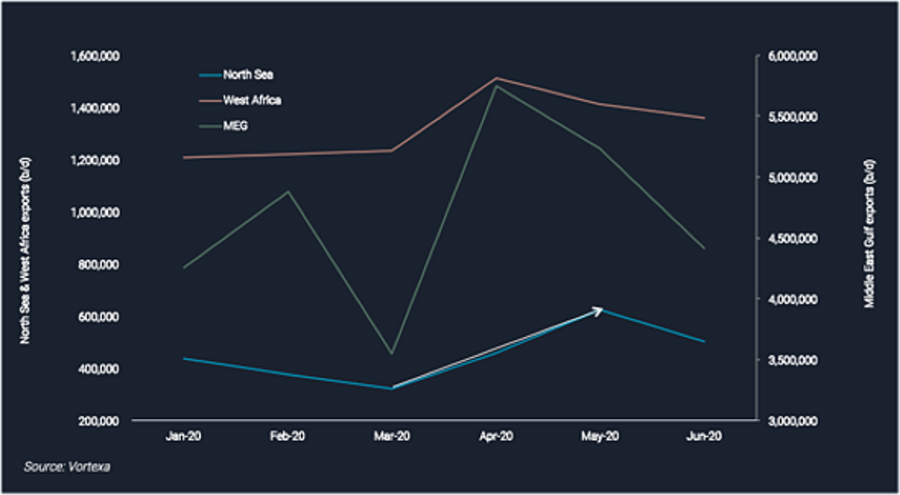 The data also show North Sea-origin crude in floating storage around the world declined around 20% from 13.4 million bbl on 1 June to 11.4 million bbl on 24 June, reflecting both weaker storage incentives and rising demand.

As North Sea crude demand increased, exports from the Mideast Gulf and West Africa to China were down in May, coinciding with the OPEC+ agreement coming into effect. This lifted demand for competing grades from the North Sea amid strong Chinese buying, including for storage.

As of 24 June, Vortexa showed 23 very large crude carriers which were loaded from the North Sea and were on their way to Asia. The company said this would add to the already high floating storage levels and congested ports in the region.