Two contradictory trends appear to be happening at the same time: On the one hand, there is growing opposition to building new natural gas pipelines, and it seems they are becoming impossible to construct; on the other, US natural gas production and consumption keeps growing, and this gas is being transported on the nation’s pipeline system. What explains this disconnect?

One innocuous explanation is geography: both things are true, but they are not true at the same place. The country is indeed producing and consuming more gas, but gas is not flowing in some areas because there are no or insufficient pipelines to bring it there. There is evidence for that possibility. The lack of infrastructure is one reason gas is being flared in the Permian, and the Northeast is well-known for its inadequate infrastructure, which is why Massachusetts still imports liquefied natural gas (LNG).

But there is another explanation: a few high-profile cases shape our view in a way that is not representative of the whole. There is no evidence, for instance, that pipeline additions have slowed down in recent years, although there are more pipelines that have reversed flow in recent years—which could be a response to permitting challenges or also the fact that the geography of production has also changed. 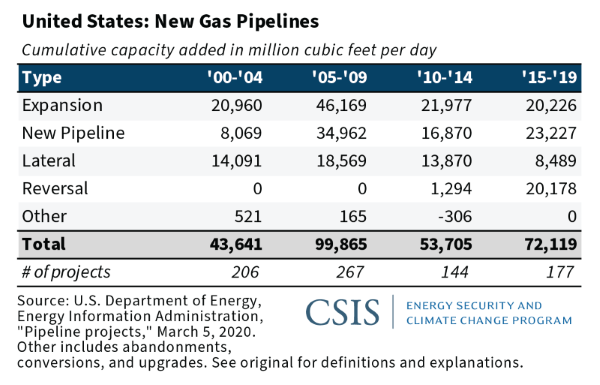 Granular data show a similar but more nuanced picture. Looking at inter-regional pipelines, some areas clearly drive the growth. There has been a big expansion in capacity to take gas out of the Northeast (Marcellus) and into the Midwest and South Central, and out of the South Central into Mexico. Other inter-regional capacities are relatively static, although their stasis usually predates the pipeline activism that came in the late 2000s.

This is not to suggest that the permitting system is not broken—or that these pipeline battles are a good way to resolve the competing forces pushing and pulling the energy system. But it is important to review the evidence and see that, despite some high-profile cases that suggest otherwise, there is plenty of pipeline capacity being built in the US, and it is taking gas along the path of least resistance. In doing so, these pipelines continue to enable an unprecedented expansion in gas production, consumption, and exports.

The full article published on 8 July, can be found on Center for Strategic and International Studies website. 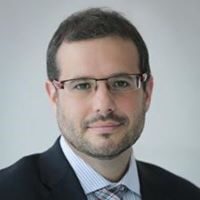 Nikos Tsafos is a senior fellow with the Energy Security and Climate Change Program at the Center for Strategic and International Studies. His research interests include natural gas, the geopolitics of energy, the future of mobility, and the energy transition more broadly, especially the interplay between energy consumption, economic growth, and greenhouse gas emissions. He has advised companies and governments in over 30 countries on some of the world’s most complex energy projects, and his experience includes market analysis, strategy formulation, due diligence, and support for commercial negotiations and project development. He can be contacted at ntsafos@csis.org.

Baker Hughes scored what it said is among the largest LNG deals it has secured in the past 5 years. The compressors will be installed in Qatar Petroleum’s North Field East LNG trains, boosting Qatar’s total LNG production capacity from 77 mtpa to 110 mtpa.