In a new report, the UK Oil & Gas Authority (OGA) highlights that the country’s offshore sector improved its production efficiency for the seventh straight year.

In 2012, fixed-leg platforms and floating facilities in the UK continental shelf operated with a production efficiency rate of only 60%. In 2019, the figure jumped by 5% year-over-year to hit 80%—a target the OGA hoped would be reached by 2022.

The OGA said the recent gains are the result of a “concerted effort by the industry” to stem production losses and avoid plant shutdowns, which exceeded schedule by only 1% last year compared with a 15% overrun in 2018.

Improvements in operations resulted in higher efficiencies across every major offshore region except for West of Shetland, home to the UK’s northernmost frontier exploration areas.

In the central North Sea region, production efficiency mirrored the aggregate with a wellhead output increase of 1% and an efficiency increase of 5%. The most efficient operations in the region were floating production hubs which boasted an 85% efficiency rate compared with 80% on large fixed-leg platforms.

OGA estimated that the increasing production efficiency rates since 2014 have lowered the emission intensity of each produced barrel by 10%. To learn more, access the full report. 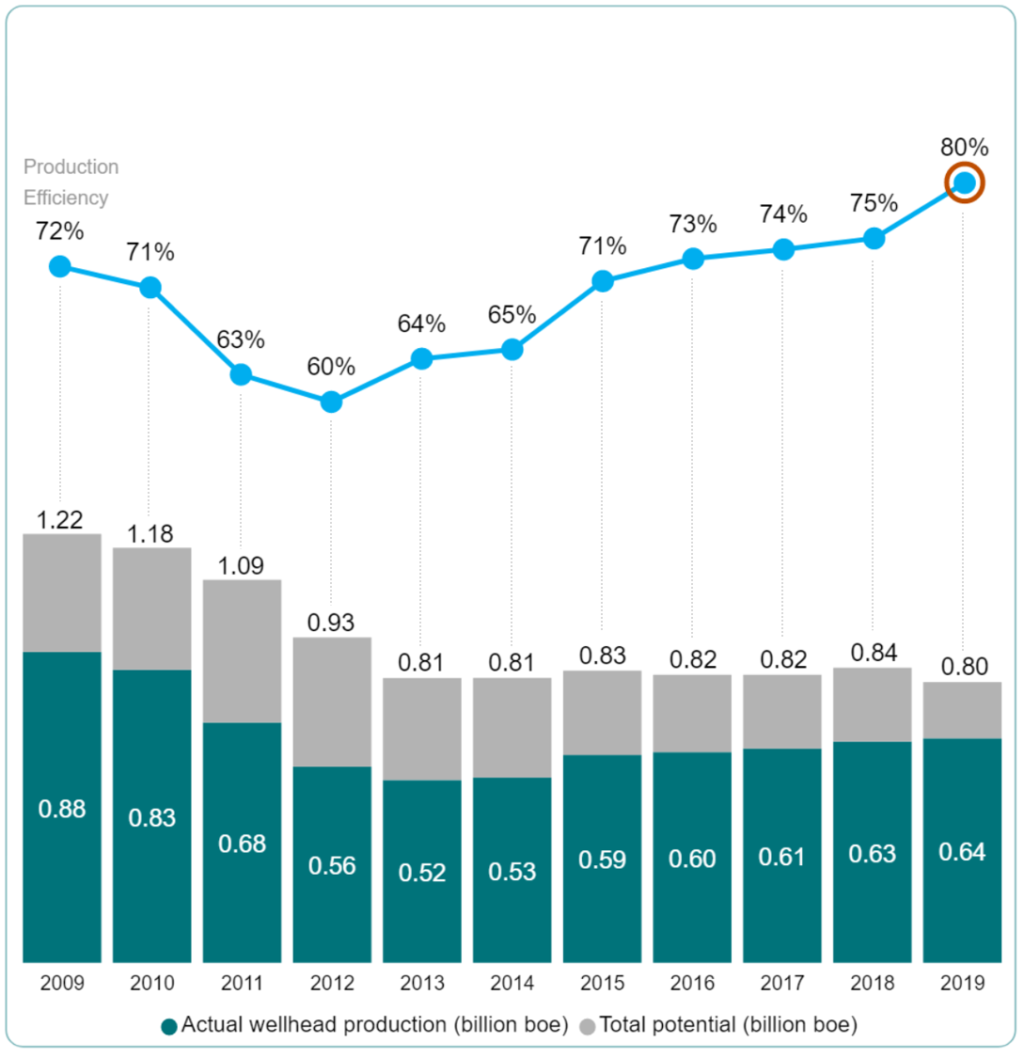 The LNG A-Box containment system is designed for LNG carriers to serve smaller terminals, where larger ships are not feasible.