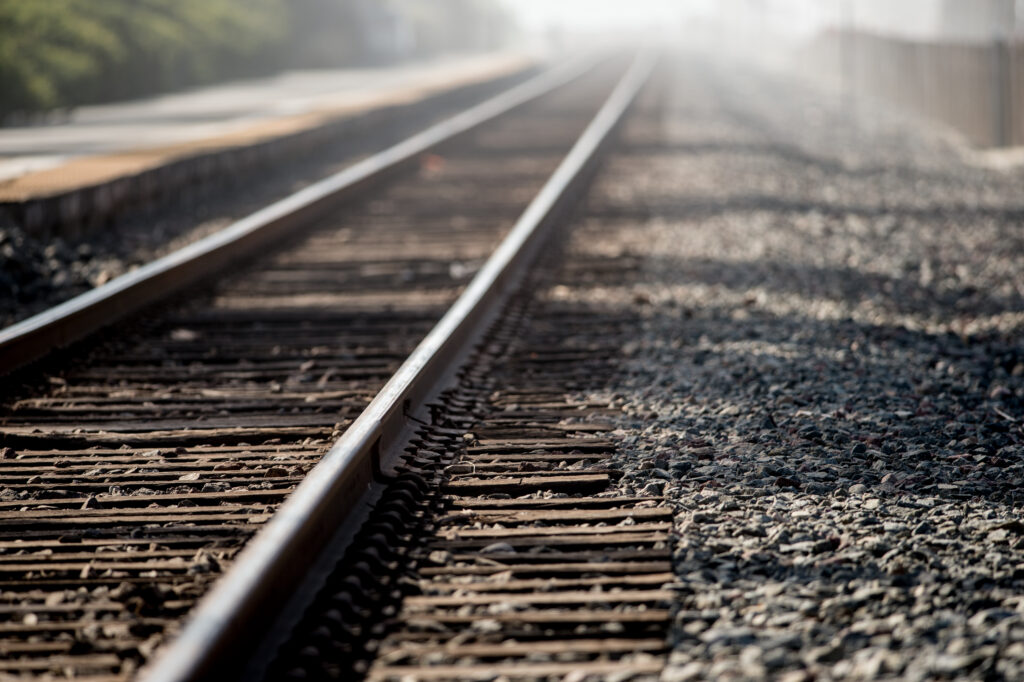 These factors have opened pipeline space, kept price differentials narrow, and eliminated the demand for trains, even from prolific producers in Alberta.

Just last year, when Canada was the world’s fourth-largest producer, the province accounted for more than 80% of its production. For years, cheaper pipelines ran full and rail was the country’s lifeline from landlocked Alberta.

Canada produced about the same amount of petroleum and other liquids in 2019 as it did in 2018, when western Canadian select crude oil was trading at historically low prices.

The EIA estimated that Canada’s production of petroleum and other liquids fell from 5.6 to 4.9 million B/D between March and April, similar to the 640,000 B/D decline over the same period in 2016 when wildfires struck the area and forced a temporary shutdown of some oil sands projects in Alberta. 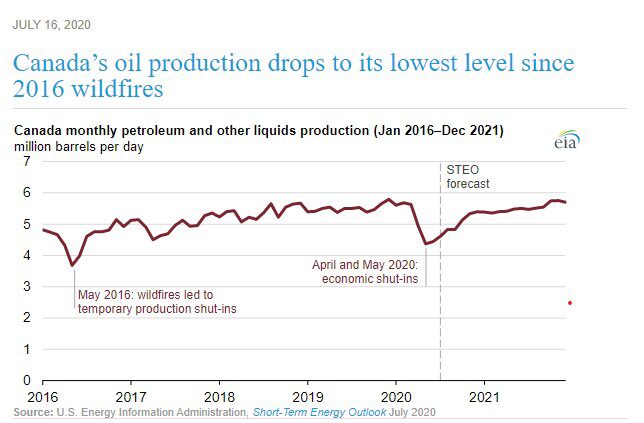 In May, Canada’s production fell by an additional 560,000 B/D, down to 4.4 million B/D, when it reduced production more than most of the 10 OPEC+ countries. Among non-OPEC producers, Canada’s declines were the third-largest after Russia and the US. 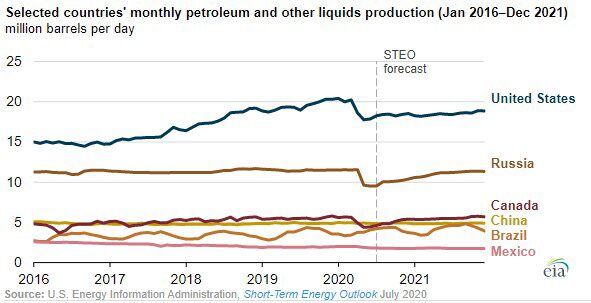 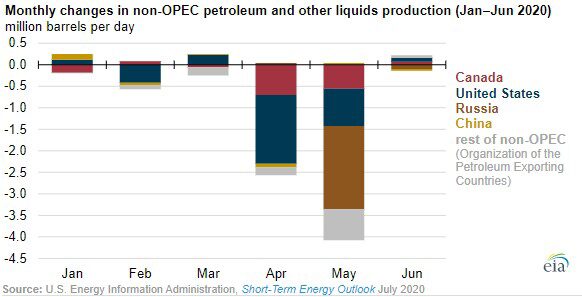 As a result, shippers have hit the brakes, idling thousands of cars and tens of millions of dollars’ worth of infrastructure. Analysts believe the tank cars will remain sidelined until Canadian oil production rebounds, pipelines fill again, and the gap widens between Canadian and US crude prices—enough to justify the higher cost of rail shipments.

Large western terminals have suffered the most, such as those owned by Alberta producer Cenovus Energy and by partnerships between Imperial Oil and Pembina Pipeline and between USD Group and Gibson Energy.

For some, prospects for the second half look equally dim. Cenovus said in late July it was bleeding $14.97 million per month for its suspended rail program.

And while Cenovus Chief Executive Alex Pourbaix said price differentials could widen, he conceded that in the near term, the gap may not be wide enough to revive railways. In fact, pipeline expansions are planned in the next 2 years, and greater availability of pipeline space will keep differentials narrow.

Others believe there’s light at the end of the tunnel.

Compared to oil shippers, railways and independent terminals are better insulated from economic damage, as some continue to collect payments whether they have crude to move or not. Such payment contracts have allowed systems such as USD and Canadian National Railway to continue operating.

Privately held and Canadian-controlled Altex Energy has slowed loadings but so far has not had to shut down terminals. Its rail system of “moving neat, undiluted bitumen is both economically superior and environmentally less risky than moving heavy crude by pipeline,” according to the company’s website.