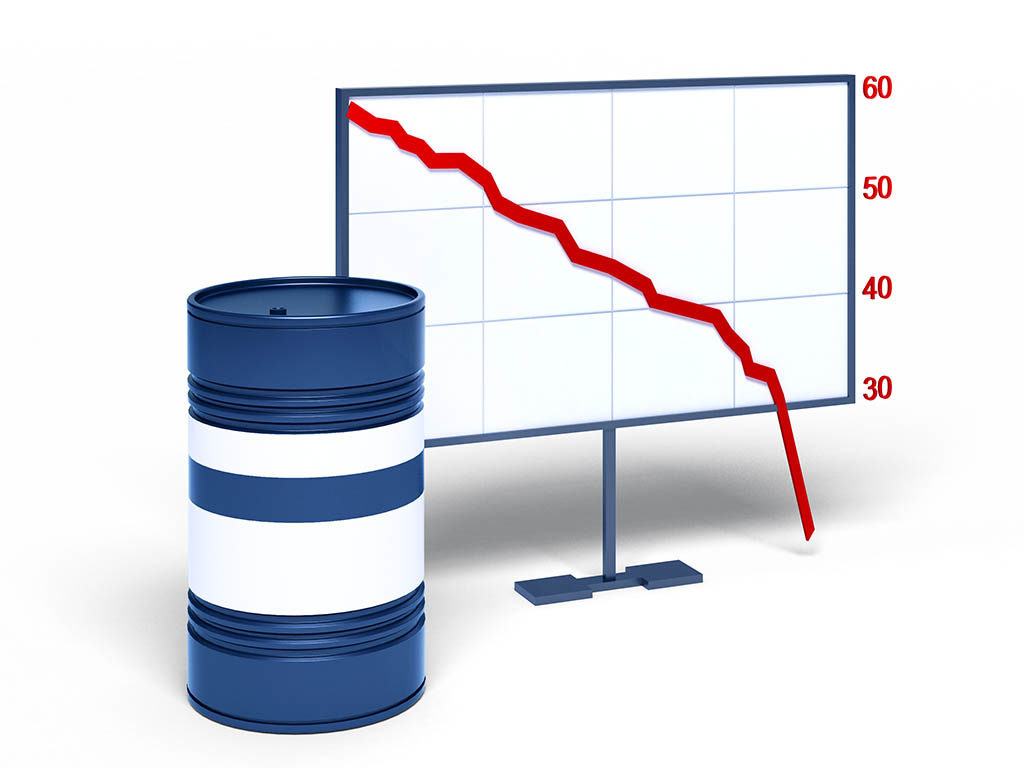 As I pondered what to write about for my column, the media reported that Goldman Sachs claimed that oil could drop to USD 20/bbl. Scary stuff. But when I read the article, the global investment firm said that oil price is volatile and could possibly fall to USD 20, and if it did, the price would quickly rebound.

The oil price cannot be USD 20 for any long period because we cannot produce enough oil to feed the world at that price. But if the price of oil is based on supply and demand, how could it fall to USD 20 at any point in time?

I am not an expert on the prediction of the future price of oil and certainly not on the dynamics of short-term price movements, so I visited the Internet.

The three primary determinants of the oil price are the strength of the US dollar, market sentiment, and supply and demand.

The US dollar is unusually strong right now. Over the past year, it has risen by about 25% against the Euro, and higher against some other currencies. Oil is priced in US dollars; a significant part of the price drop over the past year is due to the strength of the US dollar.

The long-term price of oil must be based to a large extent on the cost of production. Oil should be worth what the cost of the production of incremental barrels is (i.e., the highest priced barrels that fill out the demand). However, there is a large time delay in developing a project and getting that oil to market.

Those of you who are familiar with control theory should be sensing a problem. Dead time is the cause of instability in control systems. If you move a control valve and it takes a minute for the controlled variable to begin to respond, the dead time must be factored in to the tuning parameters or the system can become wildly unstable.

It takes a few years to develop a major project, and the price of oil changes by the minute in the market. On a day-to-day basis, we cannot decide that the price today is X, so we can produce today all oil that is cheaper to produce than X. Clearly, something more nuanced or complex has to be going on.

Two types of futures traders are hedgers and speculators. Hedgers buy oil because they have a use for it, and they may buy the oil when the contract comes due. Speculators have no intention of taking delivery of the oil. They are simply playing the market, betting that the oil futures they buy today will be worth more when they sell the futures at a later date.

There are about 30 times more speculators in the market than there are hedgers, which explains why the oil price fluctuations in the market on any given day are driven by the former.

And this is why market sentiment has a large effect on the price of crude. When speculators believe that oil demand will increase dramatically in the near future, they bid up the price and vice versa.

Supply and demand has a long-term effect on the price of oil. The selling price of a barrel of oil cannot be less than its extraction cost in the long term. Sentiment can cause dramatic short-term movements. Barring a near total collapse of the world economy, the price cannot stay at
USD 20 for very long because speculators will rush to buy cheap oil and bid the price back up.

What does the future have in store for the industry? I lost my crystal ball a couple of moves back, so I do not know. There are so many moving pieces that they make my head spin. Some of them are as follows:

Perhaps it is pointless to speculate on all the possibilities because there is much uncertainty. But we can take significant comfort in long-term supply and demand trends.

The world needs about 94 million BOPD. Historically, the demand has increased by about 1 million BOPD each year. Because of low oil prices, the growth in demand will likely be greater this year and next, perhaps by 1.5 million BOPD annually in the next 2 years.

If we stopped drilling entirely, production from existing wells would decline by about 5 million BOPD in a year.

Over the long term, we need to supply an additional 6 million BOPD of new production each year, or the production equivalent of 60 new large deepwater platforms or three North Dakotas each year, or a new Saudi Arabia every 2 years.

The price of oil will have to be reasonably high to justify the vast amount of new production.

The Need to Simplify

And that leads me back to my current obsession: complexity and the need to simplify the industry. I have addressed the subject in my past columns and continue to work on this issue on several fronts.

Whatever happens on the demand side, the producers that can simplify and produce at lower cost will build more projects and make more money.

Where will all this new oil come from? One of the countries set to prosper when the oil price spikes back up is Mexico. I made my first two trips to Mexico City recently.

The country’s first public exploration tender for blocks in the Gulf of Mexico in July did not go as well as hoped. Only 2 of 14 shallow-water blocks were awarded, and another five were close to being sold. There are two more tender rounds for shallow-water and onshore blocks scheduled for this year, and for deepwater blocks next year.

I am sure you found entertaining and enlightening sessions at the SPE Annual Technical Conference and Exhibition in Houston last month.

I was disappointed that a training course titled “Understanding Communities” was canceled because of poor enrollment. I had worked for a couple of years with social ecologists to create the course.

Community opposition is the greatest challenge faced by the industry in many development areas. Getting better, as an industry, in studying and understanding the communities we live in is an important part of our future success.

In the next few months, watch the SPE events calendar for workshops about gigaprojects and decommissioning.

Coming in mid-2016 is the SPE Processing Facilities of the Future forum.

I am always on the lookout for ideas for workshops, webinars, and forums. Please let me know if you are interested in a particular subject.

Also, there is the potential to take existing workshops worldwide. For instance, we have two workshop series called “Final Commissioning and Initial Startup” and “Chemical Systems,” which have been limited to the US Gulf of Mexico audience. With a little effort, these workshops could be delivered in other parts of the world. All we need is a local champion to form a committee. Any volunteers?