Payara is the third project in the Stabroek Block, expected to produce up to 220,000 B/D after startup in 2024 using the Prosperity floating production, storage and offloading (FPSO) vessel. The development also targets an estimated resource base of about 600 million BOE, with 10 drill centers planned with up to 41 wells, including 20 production and 21 injection wells.

The Payara FID comes after the operator’s  first offshore Guyana project, Liza Phase 1, began production in late 2019. Liza Phase 2 remains on track for early 2022 production, which will yield up to 220,000 B/D at peak rates using the Liza Unity FPSO, currently under construction in Singapore. 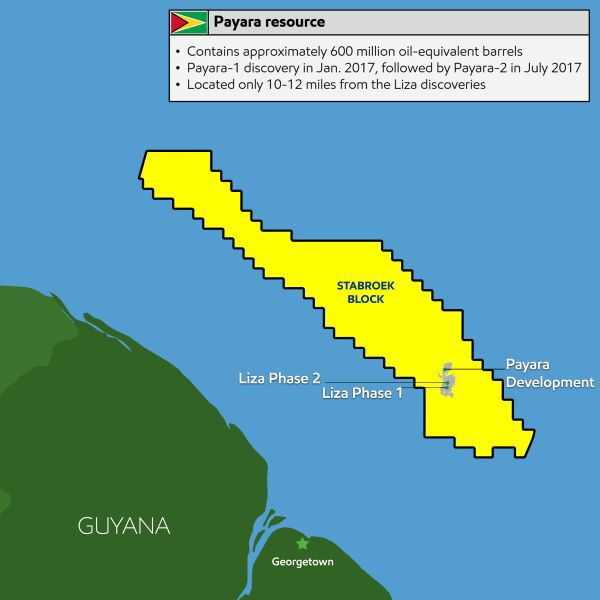 ExxonMobil said is evaluating additional development opportunities in the Stabroek Block, including Redtail, Yellowtail, Mako, and Uaru resources, with plans for five drillships operating offshore Guyana by the end of 2020.

The Stabroek Block is 6.6 million acres (26,800 km2) with recoverable resources estimated at more than 8 BOE. The 18 discoveries on the block established potential for at least five FPSO vessels producing more than 750,000 B/D by 2026.

Evacuations in the GOM began on Monday, but so far nearly 50% of current oil production and 55% of natural gas production in the region is shut-in due to Tropical Storm Zeta.