The economic downturn of 2020 led many oil and gas (O&G) companies and exploration and production (E&P) operators looking for ways to reduce cost while also trying to reduce their carbon footprint.  For oilfield-waste-disposal providers, waste-slurry injection is one way to accomplish both economic and environmental objectives.

What Is Slurry Injection?

Slurry injection is used to treat, dispose of, and contain toxic and nontoxic waste without damaging the environment while efficiently producing a dependable resource. It involves the grinding and processing of solids into small particles, which are mixed with water or liquids to create a slurry.

Waste management companies such as Advantek and Milestone Environmental Services use slurry injection to deposit oilfield waste deep underground where it poses a reduced risk to the environment. In some cases, it is a cost-effective method of oilfield-waste disposal, reducing the need for transportation.

Slurry-injection wells have been used around the world since the 1980s. In the US, slurry injection is permitted on a regular basis in Alaska, Texas, and California, and at offshore locations in the Gulf of Mexico.

An article from the 7th International Symposium on Mining and Environmental Protection released in March 2020 titled Deep Underground Injection of Waste from Drilling Activities (Gaurina-Međimurec et al. 2020) summarized data on formations selected for deep underground waste-slurry injection projects worldwide in the period from the late-1980s until today. 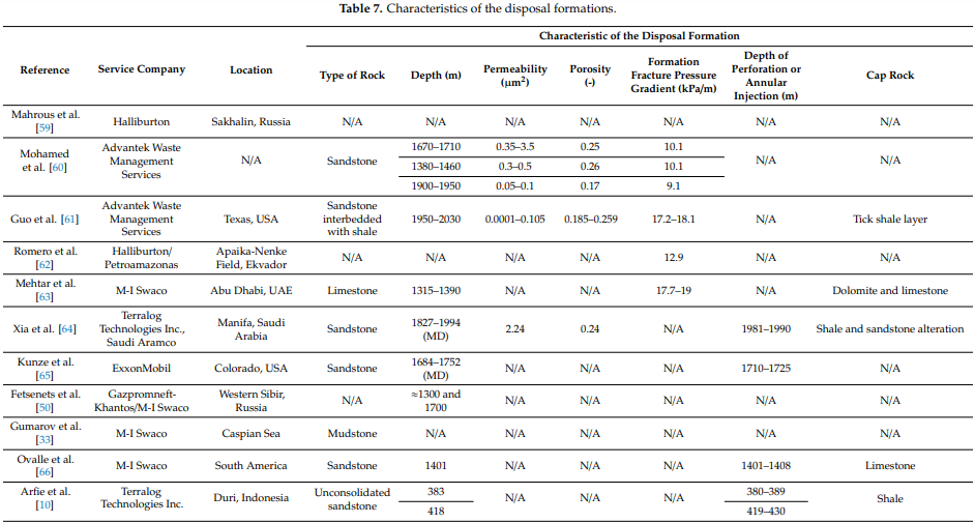 Data showed most of the waste is injected in sandstone formations (67% of all analyzed projects), which includes US locations in Alaska, Texas, Louisiana, Colorado, and California. This was followed by mudstone and shale formations (13% each) and limestone formations (7%).

According to water and waste management consulting company Veil Environmental, oil and gas regulatory officials from the Mid-Continent states do not use the procedure widely because most companies there prefer to dispose of drilling waste through burial in pits.

But more US states are looking into the use of slurry injection and slurry wells.

Slurry Injection Expanding to Other US States

In September, Milestone announced plans for an oilfield-waste-slurry-injection (WSI) facility in the New Mexico side of the Permian Basin. The New Mexico Oil Conservation Division  approved the company’s permit for an oilfield WSI facility near Jal, in Lea County. It is Milestone’s first move into the, and the facility is the first of its kind in the state, requiring multiple permits, including one to inject oilfield waste and one for solid-waste management.

The company said its proprietary slurry-injection process captures drilling, completion, and production waste, reinjecting it back into the earth through a network of facilities in the Permian Basin and Eagle Ford shale.

In North Dakota, plans for slurry-injection wells and a treating plant remain in the early stages.

The North Dakota Industrial Commission approved KT Enterprises’ proposed slurry-injection well and treating plant in late March near the Williston Basin in McKenzie County. The treating plant would take in oilfield wastes, drill cuttings, and soil contaminated by spills and process them for injection, including blending with saltwater. The waste product would then be injected into a saltwater disposal well to be drilled in the Broom Creek formation.

The most common challenge during WSI is the continuous loss of well injectivity due to poor engineering design of the injection parameters for most of the current existing WSI wells, according to SPE 199295. The Advantek authors discussed three different case studies, highlighting the importance of injection monitoring, the steps necessary to maintain the injectivity and perform a healthy WSI operation, along with mistakes that caused significant formation damage development in injectors in the Eagle Ford, Haynesville, and Permian Basin shale plays.

New regulations and growing concerns for the environment are leading operators to minimize their generated waste volume through recycling, reusing, and selecting the best available methods for permanent waste disposal.

Gaurina-Međimurec et al. also showed advantages of the waste-injection method into suitable deep geological formations over other waste-disposal methods (biodegradation, thermal treatment) to minimize harmful impacts on groundwater, reduce required surface area for waste disposal, and reduce the negative impact on the air and long-term risks for the environment.

Final lab testing has been completed and field trials of the ultrahigh expansion bridge plug will begin by the end of this year.

The agreement will introduce rod couplings coated with nanolaminate technology with the goal of improving equipment reliability.