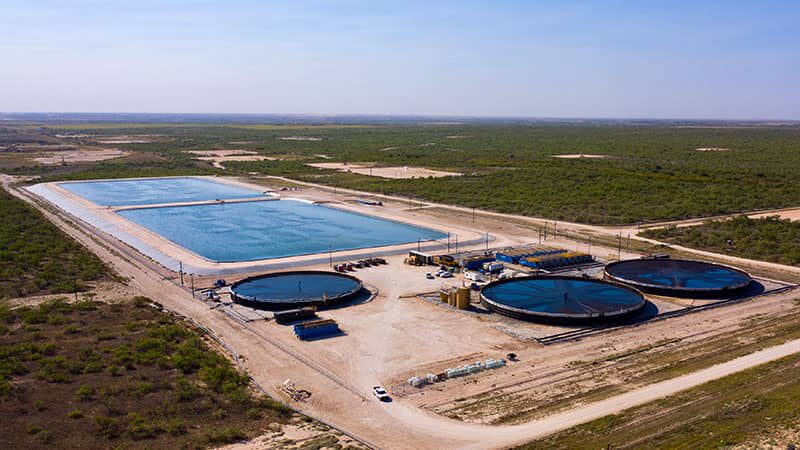 Water disposal in the Permian Basin is likely to hit a new all-time high in the fourth quarter of 2020, exceeding 1.3 billion bbl for the period for the first time in history, potentially further expanding Texas’ total water market which had already recovered close to its pre-COVID record in October, a Rystad Energy analysis projects.

The water-disposal market is the last growing market of US land services. Behind the expected expansion is a combination of factors including a rapid recovery in activity, a steady clip of enhanced oil recovery (EOR) projects and base production structurally shifting to become more mature, which increases the water-to-oil ratio.

The rapid recovery in the disposal market will position the region’s dedicated midstream operators for better financial performance heading into 2021, with improved market sentiment as activity levels tick up.

Before production curtailments started in March, Texas’ underground injection possibly surpassed 30 million B/D. It then declined by about 5.6 million B/D, or 18%, when operators curtailed production in March–May following the collapse in oil prices. Meanwhile, the estimated shape of the recovery curve in the post-curtailment period of the third quarter remains, and Rystad estimates that the state’s underground injection returned to about 29.5 million B/D in September. 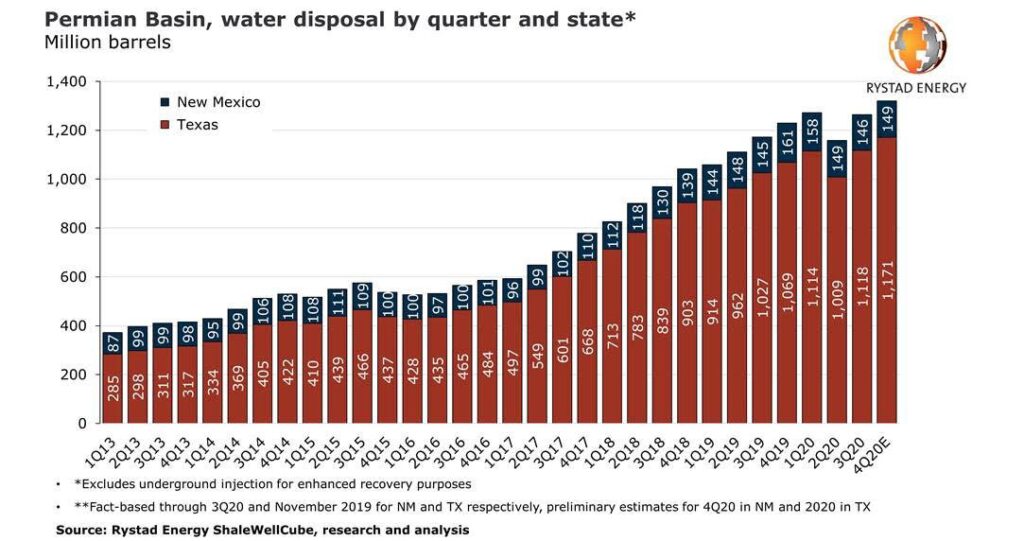 *The total US water market consists of water coming from fracturing fluids flowback and from formation water extracted during oil and gas production. This water can then follow three different paths. One is disposal back to the ground via special disposal wells, another is re-injection to producing wells to enhance recovery, and the last is treatment to be reused for fracturing. In 2020 we expect total produced water volumes to reach about 22 billion bbl, out of which 1.8 billion bbl are treated, 12 billion bbl are disposed, and the remainder are re-injected for enhanced recovery.

Based on current activity levels and preliminary data for October, we anticipate an increase of another 4% in the Permian disposal market in the fourth quarter, which will bring the size of the market to the record of 1.3 billion bbl per quarter.

It should be noted that the more complete reported data for the first half of the year also revealed an upward revision of about 2.5% in total disposal volumes in both Texas and New Mexico. Meanwhile, the preliminary estimate of the disposal market for New Mexico for the third quarter was revised down by about 5%, as a higher share of water treatment and reuse projects gradually absorbs the volumes that were previously disposed.

The solid recovery of the disposal market, and the potential for some growth still in 2021, has improved the outlook for dedicated Permian water-management companies. In fact, these specialized midstream companies have seen an increase in their basinwide disposal market share almost every quarter. They accounted for only 23% of the total disposal market in the second quarter of 2016, which increased to more than 40% in the third quarter of this year.

Nevertheless, it seems that the inflection point has been reached when sub-basin granularity is considered, so a continuous increase in midstream market share from a basinwide perspective is being driven by a shift in activity toward sub-basins where midstream companies already have a higher market share, such as Delaware North.

NGL Energy Partners, Solaris Midstream, San Mateo Midstream, Waterbridge, and others with efficient infrastructure provide significant cost efficiencies for their E&P clients, and many oil and gas operators are moving away from their legacy business models wherein disposal was handled internally. Yet it should be noted that midstream players’ future growth potential may have hit a hard ceiling as most dedicated, large E&Ps are also pursuing water treatment and reuse solutions now.

Artem Abramov is a partner and VP-analysis in Rystad Energy’s shale well data research team. He can be reached at artem.abramov@rystadenergy.com.

The Eddy State Complex adds 300,000 B/D of recycled produced-water treatment capacity in the northern Delaware Basin. The company said it is on track to recycle 25 million bbl of produced water this year.