Savvy Separator: The Effect of Inlet Geometries on Flow Distribution 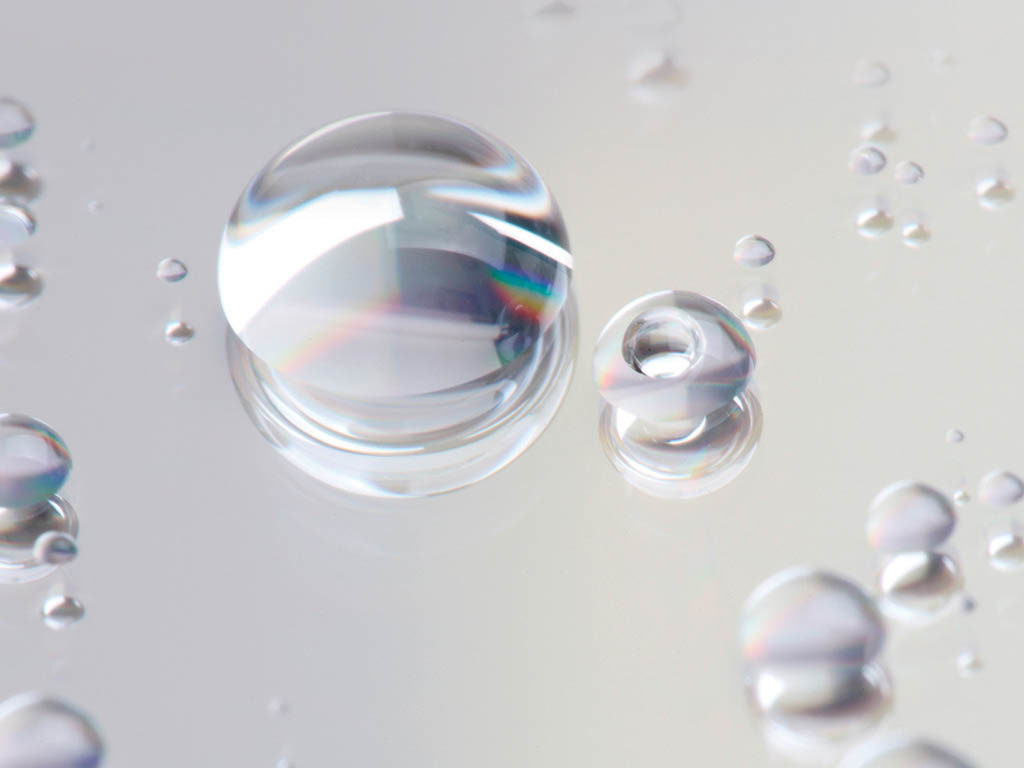 A basic assumption in separator design is uniform flow. The fluid velocities are assumed to be the flow rate divided by cross-sectional area. In reality, maldistribution and jetting may lead to loss of retention time, foaming, re-entrainment, and high-velocity hot spots on demisting devices causing carry-over.

The real-world examples in this article highlight how some inlet geometries may cause poor flow distribution, which leads to separation problems and loss of separation efficiency.

The three main parts of a separator are the inlet region, gravity separation region, and outlet polishing region (Fig. 1). The inlet region prepares the rest of the vessel for good separation performance by performing bulk separation, mitigating droplet/bubble breakup and foam formation, and straightening out fluid flows (Arnold 2007).

The latter is the most important because while designing a separator, a uniform flow is typically assumed in order to calculate a fluid velocity that may be used in a sizing equation. For example, in the gravity section, droplet settling is calculated by using Stokes’ law (Arnold 2007; Bothamley 2013). In the outlet region, the area of a mesh or vane pack demisting device is estimated using a K-factor (Arnold 2007).

However, depending upon the inlet conditions, loss of retention time may occur. As shown in Fig. 2, the curved vessel head directs the flow downward into the liquid level. The liquid follows the bottom of the vessel, resulting in a recirculation cell. The gas phase also has such a cell.

Foaming and gas entrainment into the liquid are also downsides of the design. A potential solution is to install one or more perforated baffles to redistribute the flow more quickly. A vane inlet to decrease velocities may also improve the flow distribution (Bothamley 2013).

Another common error is that designers sometimes forget to calculate the liquid level during high liquid-flow events, which results in liquid going up the flare stack or vent.

Figs. 3a through 3c show a typically encountered compressor scrubber. The inlet and outlet nozzles are at the same elevation and diagonally opposite to each other. A demisting device such as mesh or vanes is located between the nozzles. A solid baffle surrounds the inlet, directing the flow downward instead of toward the demisting device, which also allows for potential bulk separation.

Figs. 3b and 3c show gas velocity profiles across the demisting device and over the liquid surface, respectively, modeled by computational fluid dynamics (CFD) flow simulation.

Three issues may result from this design. Firstly, the impact of the fluids on the baffle plate may break up the liquid into small drops and cause foam. Secondly, the downward-directed flow may create foam and re-entrainment from the liquid surface (resulting from the high velocities over the liquid surface as shown in Fig. 3c). Thirdly, the resulting swirling gas flow may cause a maldistribution across the demisting device area. Local gas velocity and liquid-loading hot spots will then lead to increased carry-over.

A future article in this series will discuss the revamp of one such designed compressor scrubber. But even with a good inlet design, vertically oriented low pressure drop devices will always suffer from maldistribution over the demisting device. A perforated plate on the back side of the demisting device may correct this issue.

Figs. 4a and 4b show the impact of inlet momentum (rV2, actually inlet energy in this case, where ρ is the bulk fluid density and V is bulk velocity) in a scrubber with a plain inlet nozzle. The fluids flow directly into the vertical vessel heading to the other diametrically opposite side.

As shown in Fig. 4b, as inlet momentum increases, the liquid interface becomes increasingly disturbed. Re-entrainment of liquid and bubble formation may occur. Also, this will lead to the liquid level being measured incorrectly if the level sensor is placed near the depressed region of the liquid surface. If an unprotected pressure tap is located opposite of an inlet nozzle as shown, the fluid momentum itself will provide a false reading.

Fig. 5a shows the effect on re-entrainment by a flush nozzle as described earlier compared with a vane-type inlet device (Fig. 5b) that reduces the velocity. Only air is flowing, and the rate was the same in both vessels.

With the flush nozzle, liquid is being dragged up from the liquid surface due to the flow pattern developed from the air impacting and being deflected downward by the vessel wall opposite the inlet nozzle.

With the vane-type inlet, though air is being deflected downward and disturbs the liquid surface, no liquid is being dragged up due to the reduced velocities achieved by the inlet device.

Figs. 6a and 6b show the effect of inlet piping on flow distribution. The figures are taken from a webinar presentation held by the SPE Separations Technology Technical Section that discussed separation issues arising from inlet-piping effects on flow distribution (Heijckers 2012).

The scrubber is a vertical vessel with a vane-type inlet and a demisting device. The inlet piping is not symmetric with respect to the vertical axis of the vessel. Using CFD flow simulation, liquid can be seen migrating to one side of the inlet vane spreader and pushed up toward the demisting device. The liquid distribution inside the vessel is such that droplet creation, re-entrainment, and foaming may occur.

Two other encountered inlet geometries are shown in Figs. 7a and 7b. It is left to the reader to contemplate the flow distribution without the aid of CFD or directional arrows.

Fig. 7a shows a dish-shaped plate deflecting the fluids entering from a nozzle located in the head of a horizontal separator. The dish plate was evaluated to create small droplets plus poor flow distribution over the mesh pad despite the straightening vanes.

Fig. 7b shows a vertical scrubber with a half-open downward-facing pipe inlet. The flow stirs up the liquid surface leading to liquid and gas entrainment and foaming. The velocity distribution over the vane pack is poor due to the reversing and swirling gas flow.

Separation problems resulting from flow maldistribution caused by inlet geometries have been discussed. The examples, using typically encountered vessel inlets, will be useful in troubleshooting or debottlenecking separators. This knowledge may also be applied to the design of separators for new facilities, thus avoiding operational problems after startup.

I would like to thank Ed Grave and Victor van Asperen for their valuable contributions to this article.

Robert Chin  is a cofounder and past chair of the SPE Separations Technology Technical Section, past chair of the SPE Gulf Coast Section’s Projects, Facilities, and Construction study group, a member of the SPE Annual Technical Conference and Exhibition’s Projects, Facilities, and Construction paper selection committees, and the author of Chapter 3, “Oil and Gas Separators,” in the SPE Petroleum Engineering Handbook, Volume III, Facilities and Construction Engineering. He has more than 30 years’ experience in the oil and gas industry, mainly with Shell. Chin joined Shell in 1981 and advanced research on multiphase flow, leak detection, and separations. He left in 1999 to form a separator design and supply company. He returned to Shell in 2006 and led teams on facilities for enhanced oil recovery and subsea processing research and development. Chin retired from Shell last year. He is a cofounder of Padden Engineering and a consultant in the industry. He may be reached at r.w.chin@sbcglobal.net.