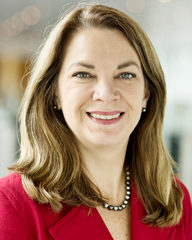 Gretchen Watkins was named chief executive officer of Maersk Oil. Watkins has served as the company’s chief operating officer since 2014. Prior to that, she spent six years at Marathon Oil, serving as vice president of international production operations from 2008 to 2012 and vice president of North American production operations from 2012 to 2013. She began her career as a crude oil negotiation and facilities engineer offshore the US Gulf of Mexico in 1990, and worked in a variety of roles with the company before and after its merger with BP. From 2002 to 2004 she was president of BP Netherlands Energy.

Watkins is currently a non-executive board director at Atkins Global. She holds a B.Sc in mechanical engineering from Pennsylvania State University.