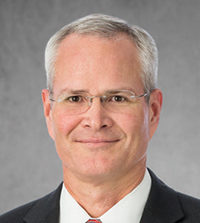 Darren Woods was elected president of ExxonMobil Corp. and as a member of the company’s board of directors. Woods joined the Exxon Co. in 1992 as a planning analyst. He has held several domestic and international positions for the ExxonMobil Refining and Supply Co., ExxonMobil Chemical Co., and Exxon Company International. He also served as manager of investor relations for ExxonMobil Corp. and, from June 2014 to December 2015, he was the corporation’s senior vice president. Woods holds a bachelor’s degree in electrical engineering from Texas A&M University and a master’s degree in business administration from Northwestern University’s Kellogg School of Management.