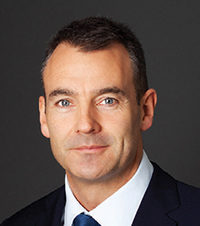 Bernard Looney has been promoted to chief executive for BP.   Looney has been chief operating officer (COO) of production in the upstream segment since 2013. He joined BP in 1991 as a drilling engineer, holding positions in the UK North Sea, Vietnam, and the US Gulf of Mexico before moving to executive roles within the company.