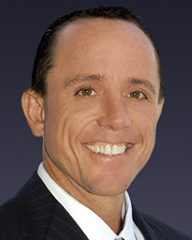 KBR named Mark Sopp as its new chief financial officer (CFO), effective in the first quarter of 2017. Sopp previously spent 10 years as CFO and executive vice president for the publicly traded government contractor Leidos, previously called SAIC. He has also held various executive positions with Titan Corporation, which was also involved in government contracting and commerical business endeavors. Sopp holds a bachelor's degree in accounting from New Mexico State University and completed the executive program from the Anderson School of Management at the University of California-Los Angeles.