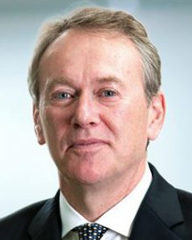 Tullow Oil chief financial officer (CFO) Ian Springett  is taking an extended leave of absence from the company to undergo treatment for a medical attention. Les Wood, currently vice president of finance and commercial, will take over as interim CFO.

Springett has served as Tullow's CFO since 2008. Prior to that, he spent 23 years at BP holding several senior positions, including vice president of finance and CFO for the company's operations in the United States. He holds a BA in economics and financial management from Sheffield University. Wood joined Tullow in 2014 as the vice president for commercial. Prior to that, he spent 28 years at BP in various positions, including regional CFO positions in Canada and the Middle East. He holds a BS in chemistry from Heriot-Watt University and an MS in inorganic chemistry from the University of Aberdeen.