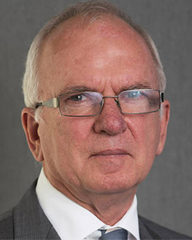 Ted Jacobson has announced his retirement from his position as CEO of Carnarvon Petroleum due to health issues and a desire to spend more time with his family. Jacobson has been a nonexecutive director at Carnarvon since 2005. As CEO, he led the successful discovery, development, and production of oil in Thailand. Prior to joining the company, he co-founded Discovery Petroleum and was a founding director of Tap Oil. He holds a BS in geology and earth science and an honors degree in structural geology and geophysics from the University of Adelaide.