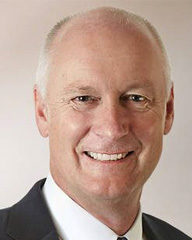 Woodside named Richard Goyder as chairman of its board of directors, effective at the close of the company’s Annual General Meeting in April 2018. Goyder currently serves as the chief executive officer (CEO) at Wesfarmers; he will leave the company in November. He has worked for Wesfarmers since 1993 and was appointed to his current position in 2005.

Goyder holds a bachelor of commerce degree from the University of Western Australia.