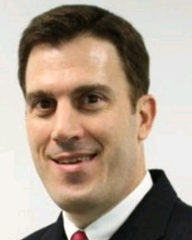 VAALCO named Phil Patman, Jr. as its chief financial officer. Patman has more than 20 years of experience in the energy industry in roles including finance, business development, and legal management. From 2012 to 2016, he served as senior vice president of business development, Americas, for PTT Exploration and Production (PTTEP). While at PTTEP, he led the company's E&P mergers and acquisitions in the United States, Canada, and Brazil. From 2010 to 2011 Patman was managing director of mergers and acquisitions, Asia, for the AES Corporation. He worked for Darby Private Equity from 2007 to 2010, Globeleq from 2004 to 2007, and Marathon Oil from 2002 to 2004. While at Marathon, he advised on the development of the company's Equatorial Guinea liquefied natural gas liquefaction facility.