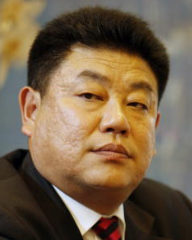 CNOOC appointed Yuan Guangyu as chief executive officer. Yuan joined CNOOC in 1982, and in his time with the organization he has served in a number of roles. In November 2006, he was named assistant president of CNOOC. In February 2009, he became executive vice president. From April 2013 to June 2016, he served as director, vice party secretary, and party secretary of the CNOOC Bohai Petroleum Administration Bureau and as general manager and party secretary of the Tianjin Branch of CNOOC. Prior to taking over in his current position, Yuan spent 10 months as president of CNOOC Limited.

Yuan holds a BS in drilling engineering from the China University of Petroleum (the former East China Petroleum Institute) and an MBA from China Europe International School.