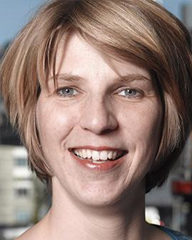 Saskia Rijtema was named chief operating officer (COO) of Heerema Marine Contractors (HMC) effective 1 June. Rijtema has served as HMC's senior vice president of technolgy and innovation since January 2016, where she was responsible for engineering projects, tenders, and assets. She started her career at HMC in October 1997 and has since worked in various departments within the company. In May 2014 she took on the role of vice president of technology.

Rijtema holds an MSc in offshore engineering from Delft University of Technology.