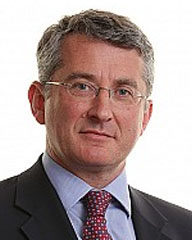 Alpha Petroleum Resources named Charles Proctor as its new CFO. Proctor is a former executive at BP and Genel Energy with more than 28 years of experience in the international energy industry. He held several commercial and financial positions at BP early in his career, eventually becoming CFP for its exploration and production businesses in Angola and Azerbaijan. In 2009, Proctor was appointed head of the BP Group chief executive's office and became regional president for BP Middle East in 2010. He left BP in 2012 to join the executive team of Genel as head of commercial and regional president for Africa. Proctor has served as an industry consultant since 2015.