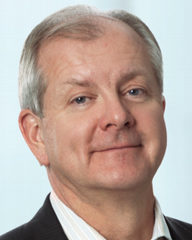 Brian Ferguson will retire as director of Cenovus effective 31 October, continuing in a transitional advisory role until 31 March 2018. Ferguson joined a predecessor company in 1984 and became a member of Cenovous' management team in 1994. He led the company through its USD 17.7 billion acquisition from ConocoPhillips, which included the company's two steam-assisted gravity drainage projects.

Ferguson holds a bachelor of commerce degree from the University of Alberta.