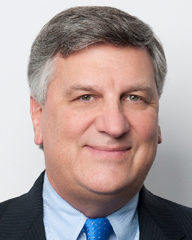 HarbisonWalker International, a supplier of refractory products and services, announced the retirement of Stephen Delo as chairman and CEO. Carol Jackson, who currently serves as the company's senior vice president and general manager, will succeed Delo in those roles.

Delo retires after serving in several manufacturing and management roles for more than 30 years. He was chairman and CEO at HarbisonWalker for 3.5 years. Previously, he held several progressive roles at Honeywell International, including leadership positions

in chemicals, operating systems, and integrated supply chain. He holds a bachelor's degree in chemical engineering and an MBA from Louisiana State University.

Before joining HarbisonWalker, Jackson was a strategic business unit vice president at Carpenter Technology. She also spent 12 years with PPG Industries, where she held several leadership roles in industrial, architectural, and automotive businesses as well as corporate purchasing, overseeing spending in excess of USD 5 billion annually. Jackson has a bachelor's degree from Duquesne University, an MBA (MSIA) from Carnegie Mellon University, and a JD from the University of Pittsburgh School of Law.