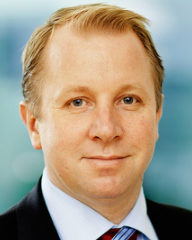 GC Rieber Shipping named Christian Berg as its CEO. In addition to joining GC Rieber in this position, Berg’s newly established venture, Bech Offshore, will also become part of the company. He has more than 20 years’ experience in various management positions within the oil service industry. Before establishing Bech he spent 5 years in executive positions at Viking Supply Ships, first as head of the business area from 2011 to 2015 and then as CEO from 2015 to 2016. Berg was also chief commercial officer at Siem Offshore from 2008 to 2011.