Beaches in Norfolk, England, were strewn with huge plastic pipes last month. The pipes, 8 ft in diameter and up to 1,574 ft long, were washed ashore while being towed from Norway to Algeria. The CEO of the pipe manufacturer, Pipelife, said a container ship collided with the pipes, as reported by Reuters.

Eight lengths of the pipe were "secured and under control," according to Britain's Maritime & Coastguard Agency (MCA). Four other sections were not recovered. At least two of them ended up on UK beaches, as reported by the Guardian.

The MCA said the pipes were not an environmental risk, but that it "may take several weeks" to return them to Norway.

This is what the towing looks like when things go as planned: 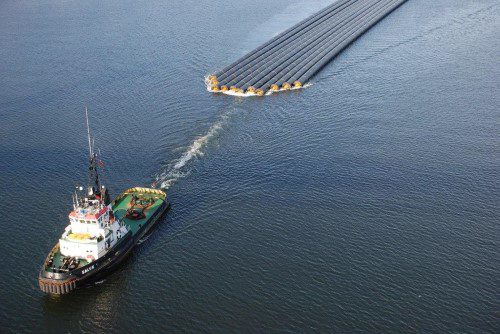