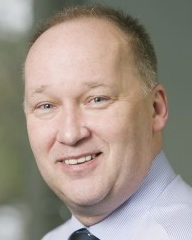 Lloyd's Register (LR) appointed Steve Gilbert as director of asset management and decommissioning. He had previously served as the company's vice president of special projects and operations since May 2016, and prior to that was vice president of operations for LR Senergy from 2013 to 2016. Gilbert has more than 25 years of oil and gas experience, having worked for companies such as Transocean, BP, Shell, and Schlumberger. He holds a BEng in mining engineering from the Camborne School of Mines.