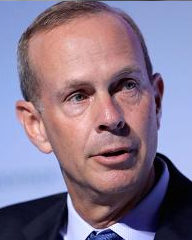 Chevron announced the appointment of Michael Wirth as its CEO and chairman of the board effective 1 February 2018. Wirth, who currently serves as vice chairman of the board and executive vice president of midstream and development, will succeed John Watson, who is retiring after 37 years with the company and 8 years as board chairman and CEO.

Wirth joined Chevron in 1982 as a design engineer. Since then, he has advanced through a number of engineering, construction, and operations positions. He was named vice chairman of the board of directors in February and has held his position as vice president of midstream and development since 2016. Previously, he spent a decade as executive vice president of downstream and chemicals. He has also served as president of global supply and trading and as president of marketing for Chevron's Asia/Middle East/Africa business.