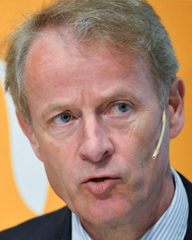 Fugro appointed former Statoil chairman Øystein Løseth as CEO. Løseth will join Fugro's board of management on 1 January 2018, beginning a transition period that will last until his eventual assumption of the CEO role on 26 April. He served as Statoil's chairman from 2015 to 2017, and served as an independent director with the company for 3 years prior. From 2010 to 2014 he was chairman of the supervisory board at N.V. Nuon Energy, and he was a director of Sweco from 2008 to 2009. Løseth holds an MSc in engineering from the Norwegian University of Science and Technology and a BSc in business management from the BI Norwegian School of Management in Bergen.