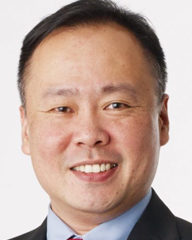 Keppel Offshore and Marine CEO Chris Ong Leng Yeow has joined the board of the Singapore-based KrisEnergy as a nonexecutive director. Ong has served as Keppel CEO since 1 July. Before this appointment, he was managing director of Keppel FELS, a subsidiary of Keppel Offshore and Marine. He began his career with Keppel in 1999 as a commissioning superintendent and has held various roles within the company since then.