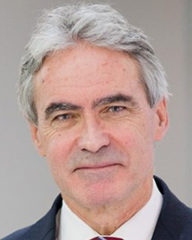 United Oil & Gas named Graham Martin as a non-executive chairman of its board of directors. Martin is currently a non-executive director at Kenmare Resources, and he previously worked at Tullow Oil from 1997 until his retirement in 2016. At Tullow, Martin served as an executive director, general counsel, and company secretary. Prior to joining Tullow he was a partner at the US energy law firm Vinson & Elkins LLP, having started his legal career in Scotland.