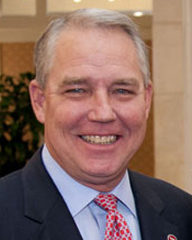 Former Hercules CEO John Rynd has been named president and CEO of the US Offshore support vessel company Tidewater. Rynd previously served as president and CEO of Hercules from 2008 to 2016, and prior to that he spent 11 years with Noble Drilling Services in a variety of management roles including a stint as vice president of marketing. Rynd holds a BA in economics from Texas A&M University.