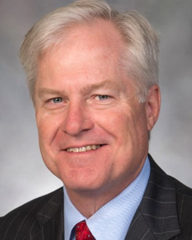 Marathon elected Douglas Foshee and Elise Hyland to its board of directors. Foshee is the founder and owner of Sallyport Investments. He previously served as chairman, president, and CEO of El Paso Corp. until its merger with Kinder Morgan in 2012. Prior to joining El Paso in 2003, he worked for Halliburton in various roles including executive vice president, COO, and CFO. He also chaired the board of directors of the Federal Reserve Bank of Dallas, Houston Branch.