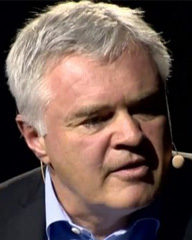 DeepOcean announced that Øyvind Mikaelsen will take over as the company’s CEO effective 2 May. Mikaelsen most recently worked as executive vice president at Subsea 7 and has 30 years of experience in the global subsea business holding various senior executive roles. He began his career in energy with Kvaerner Rosenberg in 1988 before moving on to Norske Shell. He joined Subsea 7 in 1992.