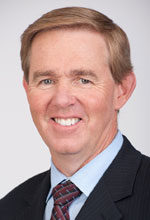 MEG Energy, a Calgary-based oilsands operator, reported that after 19 years, Bill McCaffrey will be retiring from his role as president and CEO as well as from the board of directors following the company's annual general meeting on 31 May. Harvey Doerr, a member of the company's board of directors, will act as interim CEO during the search process for a permanent replacement. Since co-founding MEG, McCaffrey has won numerous accolades on behalf of the company including Canadian Dealmakers IPO of the Year, Oilsands Review Producer of the Year, Ernst & Young Entrepreneur of the Year, and C-Suite Energy Executive Awards CEO of the Year.