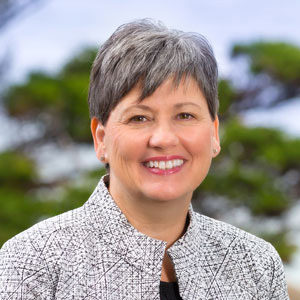 Bechtel named Barbara Rusinko, president of the Nuclear, Security, & Environmental global business unit, to the Bechtel Group board of directors. Rusinko has been with the company for 33 years. She joined Bechtel in 1985, initially responsible for construction piping supports on field assignments at three US nuclear power plants. Later, she held engineering management roles at the Savannah River Remediation project in South Carolina. In 2000, Rusinko served as chief engineer for Bechtel’s government services company overseeing the performance of more than 700 engineers and designers. She also held senior engineering management roles on projects, including Yucca Mountain, the national nuclear waste repository, and the Waste Treatment Plant in Washington state. In 2011, Rusinko transitioned to Bechtel’s Oil, Gas, and Chemicals global business unit where she managed a refinery project in Thailand and then the liquefied natural gas (LNG) business line. She also served as project manager on the Queensland Curtis LNG project. In 2016, she became president of Bechtel’s Nuclear, Security, and Environmental global business unit. She was recently elected to the US National Academy of Engineering and also serves on the board of directors of the Nuclear Energy Institute and on the corporate partnership council of the Society of Women Engineers. She was honored with a 2016 Global Leadership Award by the Society of Women Engineers for her service as a role model for the next generation of engineers and builders.