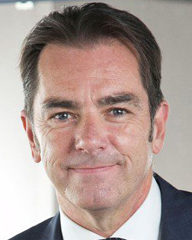 Bibby Offshore announced that CEO Howard Woodcock is leaving the company. Woodcock was appointed managing director for Bibby Offshore in 2005 and became CEO two years later. He began his career at the age of 16 as a deck cadet at Bibby Line. After nine years serving on general cargo, bulk carriers, tankers, and ferries, he was promoted to chief officer. He left the company in 1990 and rejoined in 1993 as assistant ship manager, eventually working his way up to director of shipping in 2003.